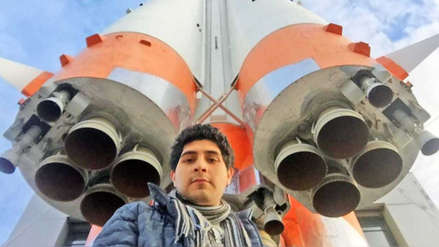 A young Peruvian graduated from the race of Electronic Engineering won a scholarship with which he could follow a master's program for three years Rocket and space sciences, at the renowned State Aerospace University of Samara, in Russia.

Víctor Romero Alva, graduated from the University of Science and Humanities (UCH), he was able to travel to Russia thanks to his project on the application of aerospace technology in the solution of a problem of urban development in Cusco. This allowed him to make initial contacts with the authorities of the Russian university that granted him the scholarship.

The project of rosemary suggests the use of satellite images to locate areas where houses can be built and to avoid the risk of natural disasters around the future Chinchero International Airport.

In 2017 the United Nations (UN) gave it Víctor Romero the possibility to present your research Russiawith the support of his alma mater.

the State Aerospace University of Samara, who has already visited the job venues, is one of the most prestigious educational institutions Russia in the research and training of professionals for industries such as space and aviation.

Currently, the Ministry of Education and Science of the Russian Federation considers it one of the most striking for its research program.

The specialization in aerospace technology gives it Peru an opportunity to lead the development of this branch in South America.

Since the establishment of the National Commission for Research and Development in the field of Space (Conida) in 1974, Peru It has promoted major advances, such as the launch of the first national satellite, PeruSat-1, in 2016.