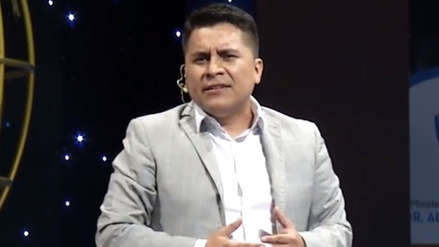 The Public Prosecutor announced on Tuesday that they will start an ex-officio investigation against Cohelet Robinson Santana Carbajal, who is the son of the evangelical preacher Alberto Santana and a member of the Church The upper room, for alleged crimes of apology for violence against women and discrimination based on sex.

Via a message on the Twitter account of the prosecution, said the decision was taken by the 44th Provincial Criminal Attorney of Lima, in charge of the prosecutor Sylvia Sack Ramos.

According to report from Beto to know, Santana Carbajal noted that "submissive women" should be maintained and that The perfect solution for "control" is the belt.

"Because it is known that when a young lady does not live with" daddy "(her partner), that young lady has to correct. (…) And the belt will always make the young lady submissive and humble."

Matute esplanade and resignation of the leader

Santana Carbajal is from the church The upper room, whose members took the esplanade of the Alianza Lima stadium in La Victoria on Monday 10 September.

Exactly the leader of this church, Alberto Santana, announced his retirement after a young woman with whom he had an extramarital relationship condemned him for alleged abuse.