peru October 1, 2018 Nation, peru Comments Off on Tumbes | A delinquent spotted policemen and thanked the prosecutor who freed him 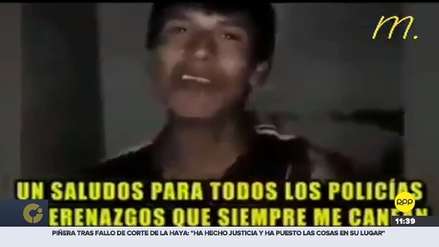 Libirio Romero Zarango (24) is a criminal who has caused indignation Tumbes After the release of a video in which he mocks the police and thanks the public prosecutor who has released him.

"Greetings to all police officers who can always steal me (captured) and greetings for my purpose. tax that always throws me out, "he said The video was broadcast by Latina news.

The director of the educational center Peru CanadaAura Vega Olivos said that she feels disappointed to see this situation. His school was attacked by Romero who removed computers and a sound system.

"The attitude of the subject is really outrageous that makes fun of the police, because they catch him every week, they send him to the prosecution and the public prosecutor leaves him free. How much disability, "said Vega Olivos.

As reported Latin, Libirio Romero intervened on September 24, but was released hours later.