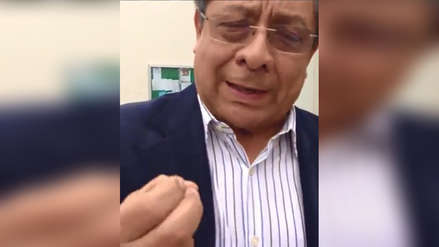 It is about Amyli Toribio Roncal, student Political Science of the Faculty of Law of the UNT. After calling him corrupt, Velásquez assures him to be one of the fairest people in the country in an energetic tone.

As is well known, Velásquez is a professor at the UNT, but he has applied for a license to lead the CNM. After his public resignation from office, he asked for his re-enrollment and assignment of classes, but at the same time for 120 days of vacation.

The video was broadcast on the student's Facebook account and I viralizado fast in the social network.