Video One person was injured after shooting at MegaPlaza in Independencia 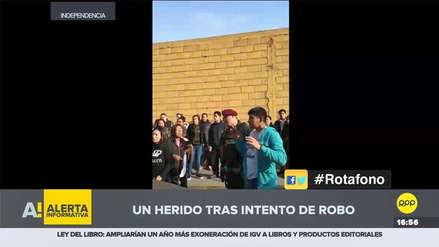 One person was injured after an alleged attack near the mall had been thwarted Megaplaza, in the dsitrito de Independencia.

As a witness remarked RPP News, a suspected offender stole his cell phone from a person who, according to the listener, was a policeman in civilian, who chased him and shot him twice.

Passers-by, however, intercepted the agent and beat him by confusing him with the alleged criminal.

A patrol car came to the place to help the police and move the injured perpetrator.