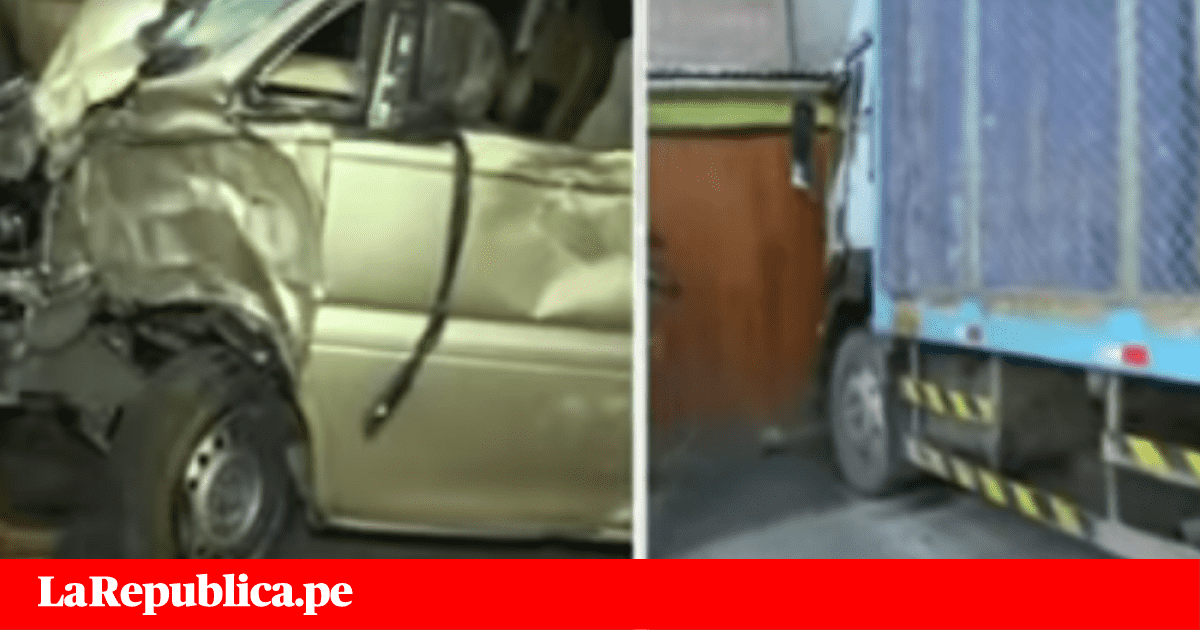 A new vehicle accident mourns the district of Villa El Salvador. In the early morning of this last Monday, one trailer that chickens moved in, collapsed in a minivan at the junction of the avenues César Vallejo and María Elena Moyano. So as a result of the violent impact, the driver of the smallest transport that ended a meter later was killed.

The deceased, who was identified as Martín Raúl Rosas FernándezHe was the driver of the minivan in which he carried the money from the profit of the karaoke business he had. The incident was registered around four in the morning and witnesses who were in the vicinity of the scene noticed that the truck was traveling at full speed to its destination and that this was the main cause of the accident. tragedy.

After the crash, the smaller vehicle ended at a few meters from the track while the trailer eventually affected the facade of a house near the lane. According to the owner's statement of the house, she said she woke up at night with three other people she shares the property with, thinking it was an earthquake, but was very surprised to see the truck.

The driver of the trailer, Daniel Fidel Vizcardo Suyasi, was transferred to a local police station shortly after the incident, and within a few minutes the family of the deceased arrived at the fatal scene.

It should be noted that, among the many requests from neighbors for cameras, it was to achieve more security in the area because it has no signaling and a traffic light to prevent further accidents.