"We will try to be impartial and represent all Peruvians" 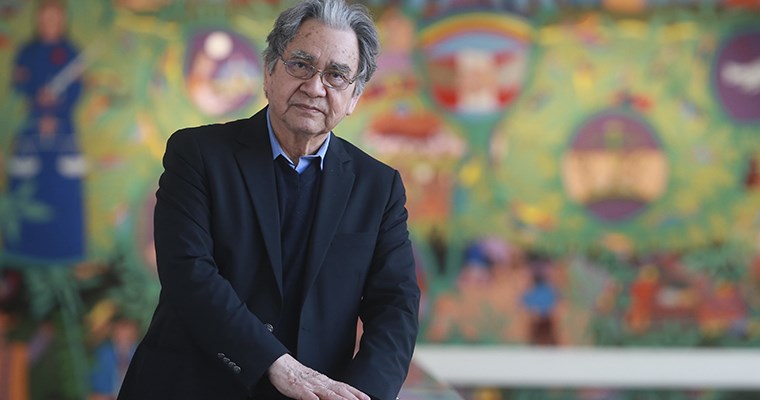 What are the objectives of your management under the LUM?

– To give more visibility to the place of remembrance, to make it a friendly institution for Peruvians, to comply with the guidelines proposed by the LUM, which aim to collect the memory, to make it visible, to invite the population to the memory of the violence that we have lived between the years 1980 and 1990. We want more participation, and that the LUM can strengthen the culture of peace and democracy in the country.

-In recent years, the LUM has become a space for political disputes. How can this situation be reversed and which sectors should you also include in the content of the exhibitions?

– It is true that every narrative of memory has its pros and cons, and the LUM does not escape it, as a public space that gives voice to all victims of violence. What is being sought is greater objectivity and greater impartiality. We are convinced that remembering what has happened is democratizing the country; Remembering the difficulties many people have suffered is restoring the dignity and attention of the state to the victims.

– In what way does it benefit the LUM that has been included in the National Museums System by the Ministry of Culture?

– Various steps have been taken by the minister [Patricia] Balbuena and they are fundamental. The first is a reordering of the National Museum System; the second, the inclusion of the LUM as one of the museums of this system; the third, the approval of the five institutional guidelines and finally the appointment of a director.

From these steps we hope that more support and input will come so that the place gets the visibility it needs.

-The following August 28 is 15 years after the presentation of the report of the Truth and Reconciliation Commission (CVR). What is your reflection and how much progress have we made in the reconciliation?

– The contribution of the CVR report has been fundamental to the country because it has revealed to us the things that had happened in the period 1980-2000. It is a stage that we must remember, so that it does not repeat itself and bring together the Peruvians, who have separated, with a common purpose, the land.

– In this context I saw that reconciliation can be a utopia?

– Reconciliation is a very big word; I do not know if we can all reconcile with everyone, but if we change our attitudes, reconciliation will emerge spontaneously.

-One recurring criticism of the CVR report by some sectors is the use of the concept of "internal armed conflict" when, as they say, what should have been done, this terrorist act must be described. Is this criticism?

– Well, the concept of internal armed conflict & # 39; was used by the CVR, but in the LUM, from the year it opened its doors, the concept & # 39; period of violence & # 39; used, which is in our statutes. Wherever it comes from, violence is what marked that time, undoubtedly.

-There are incidents, such as those led by congressman Edwin Donayre with a museum guide, or the case of the exhibition Visual Resistance 1992, which generated some criticism that influenced the image of the LUM.

-Now we are much more careful, we have an approved protocol and guidelines. We provide more consistency in the field of museography, so that the samples presented, both temporarily and permanently, are constantly analyzed, so that these incidents are not repeated. There is no negative predisposition to any sector, the LUM shows what the CVR says.

– Do you agree with the existence of the Héroes de la Democracia park, which is being prepared by the municipality of Lima to pay tribute to the soldiers who were victims of terrorism?

– Well, it's a different point of view. The Héroes de la Democracia park is a municipal initiative that shows a part of the memory. We are a government agency that represents all voices and all versions that come together and interweave to present a general panorama. Peru, as a nation, we are all different, but all; and the LUM tries to reflect that reality.

– What are your objectives in the short and medium term?

– In the short term, the number of visits to the LUM, which will end by 100,000 this year, will increase. We want young people and families to come.

A second objective, of greater encouragement, is to have places of memory in other regions, especially those who are victims of violence. We have a place in Huamanga (Ayacucho), but we need more. Huacavelica, Cusco, Junín are other destinations. A place for the Ashaninka people for example.

We are also planning to organize a seminar workshop in December for the third anniversary of the museum, with experts from Spain, Germany, the United States, Chile, Colombia, to think about how memory can be positive in a democratic society and know experiences.