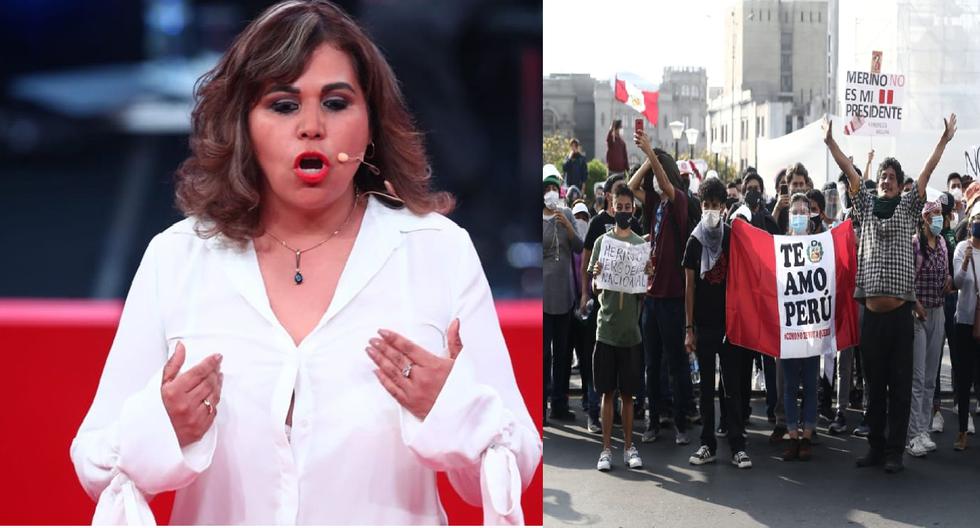 Podemos Peru congressman María Cabrera believed that the young people mobilizing in the streets against Martín Vizcarra’s vacancy are doing so because they “want to keep living off the bottle”.

It was during the session of the Justice Commission of Congress, true Maria Cabrera He suggested that the youth mobilized yesterday did so because “they want to keep living in (sic) a bottle.”

“Opposition to authority, damage to private property, private banks, riots, attack on a pickup truck from the Fiscalóa, damage to the decoration and destruction of the city … What do you think of the ‘little people’ who did that? Do they want Peru or do they want to live in the bottle? “ the legislator said.

The Fujimori Congressman Martha Chávez, who even called for this “strong hand” against the protesters and that the armed forces and national police suppress mobilizations in Lima and the provinces in rejection of Manuel Merino’s inauguration as president.

For this reason, Martha Chávez opposed the legislator’s proposal Alberto de Belaúnde of the Purple Party, to sue the director of the National Police of Peru to answer for the arbitrariness denounced during the marches.

“If there is anything to do, it is to ask the National Police and the armed forces to fulfill their obligation to safeguard public order. Here you have to ask for a strong hand, we are in a state of emergency, demonstrations are prohibited “, said Martha Chávez when she indicated that these are marches “Small demonstrations”. to the marches recorded yesterday and insisted on his repression proposal.

The request of the parliamentarian Alberto De Belaúnde was therefore rejected.

IT MAY BE INTERESTING:

OAS says it is “concerned” about the political situation in Peru