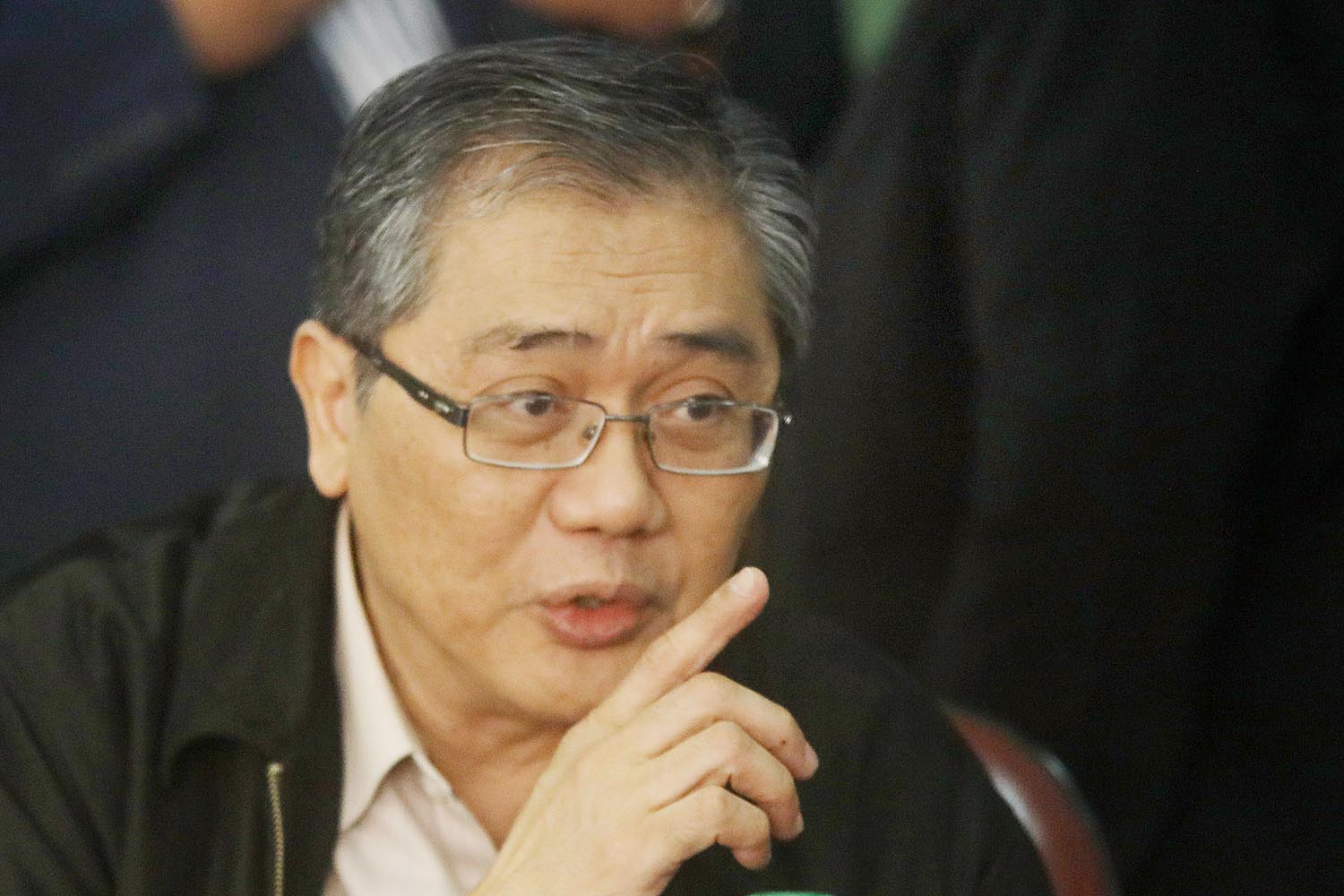 Conrado & # 39; Ding & # 39; Generoso and the rest of the 12-member Senate board of his party will insist on the adoption of the federal charter concept of the Consultation Committee

FEDERALISM ADVOCATE. Ding Generoso, former spokesperson for the Advisory Committee, is running for senator in the 2019 elections. File photo by Darren Langit / Rappler

MANILA, Philippines – Conrado "Ding" Generoso, former spokesman for the Constitutional Committee of President Rodrigo Duterte and an advocate of federalism, is looking for a seat in the Senate.

Generoso submitted his certificate of candidacy to Senator on Tuesday, October 16, under the Katipunan ng Kamalayang Kayumanggi party. He was joined by the 11 other members of the party's party, representing regions throughout the country.

Calling himself "Heneral Federalismo", he said that their main plea for the Senate is to insist on the federal charter of the 22-member Advisory Committee (Con-Com).

He called the "Puno concept", in honor of Con-Com president Reynato Puno, a former chief judge.

"We participate in this election exercise for one reason and only one reason – that is, campaigning for federalism, system change and approving the Puno draft constitution," said Generoso, calling the document the 13th candidate of the party.

Their party will also campaign against all candidates who oppose the Con-Com concept charter.

"Against all the candidates who oppose this, we will campaign against you because we campaign for change and if you do not represent change, we will ask them not to vote for you," he said in a mix of English and Filipino.

Apart from being a Con-Com spokesperson, Generoso was also assistant to Puno & # 39; s. He had also been involved with the Ministry of the Interior and the local government, especially with his federalism.