Duterte: No plans to dismiss Piñol because of rice damage 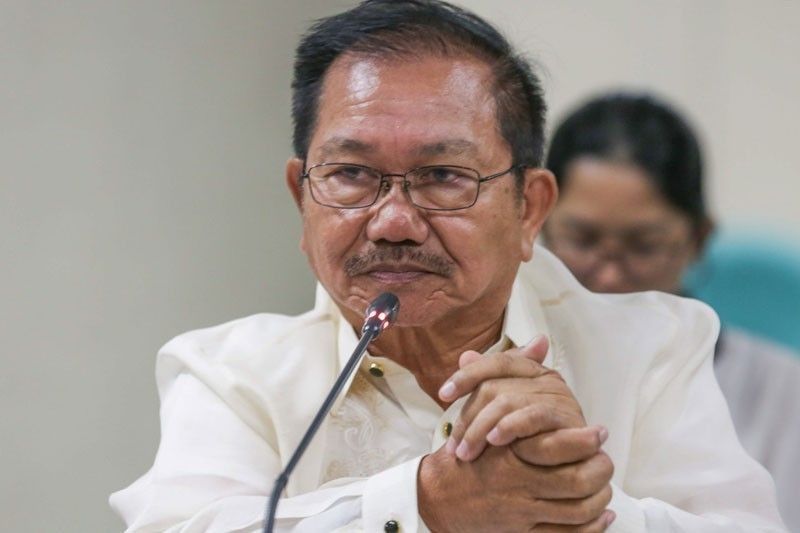 Duterte: No plans to dismiss Piñol because of rice damage

MANILA, PHILIPPINES – President Rodrigo Duterte said on Sunday that he will not relieve any official of the rice problems in the country, including the inadequate supply and high prices.

"You know, all officials, including myself, are bound by laws on the issue – rice, whatever it is, there are laws that have to be followed," Duterte said during his speech to Israel on Sunday.

"Maybe the laws are weak or unenforceable, the only thing we need to do is improve those laws, do not necessarily fire people," he added as he planned to get agriculture secretary Emmanuel "Manny" Piñol and National Food Authority- manager to fire Jason Aquino about their alleged incompetence when dealing with the rice crisis. .

The president was asked about the case after several groups had called for the resignation of Piñol and Aquino.

Piñol withdrew public opinion after he proposed plans to import more rice and fish and to legalize rice smuggling, in an effort to combat rising inflation.

In answering the question, Duterte incorrectly referred to Piñol as secretary of employment Silvestre "Bebot" Bello III. He said that "Bello" would pursue a senatorial bid.

"Hintayin after long ninyo (wait), because October I think, Bello is going to run for Senator, there's no need to fire him. [for] September, October, & # 39; said Duterte.

"And I do not see a serious offense there, we did not really lose anything, except that there is an aberration in the market," the president added.

Both Piñol and Aquino said earlier that they did not rest in the rice crisis.

Despite excluding Piñol from the list of officials he would dismiss, Duterte said he is not in favor of the former's proposal to legalize rice smuggling.

"No, the smuggling itself, of course not, that will be destructive to the economy, you will disturb the market, smuggled rice, which would promote the disorder in this country," Duterte said.

Instead of just throwing away the smuggled rice, Duterte said he planned to distribute it for free or import it at a very low price.

"They are being confiscated … We can import and lose, sell at a price that we can lose, link it to a price that Filipinos can afford," the president said in mixed English and Filipino.

Piñol explained earlier that rice smuggling is the cause of the scarcity of Filipino staple food in a city. He said that while the government mentions smuggling, "people on the island viewed it as part of their traditional business practices."

In early August, the local authorities of Zamboanga and Isabela, Basilan, were placed in a state of disaster because of the shortage of rice. The statements are valid for 60 days according to their local leaders.

This despite the fact that Piñol claims that the rice crisis in Zamboanga is already over.