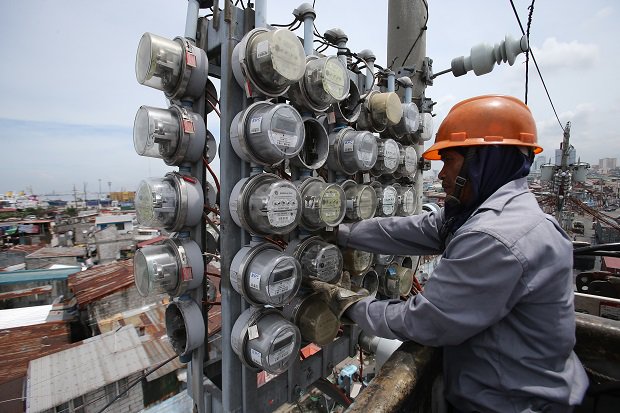 MANILA – Majority of adult Filipinos are dissatisfied with the prevailing electricity tariffs, even after last month's rollback, according to a recent survey conducted by Pulse Asia Research Inc.

At a press conference in Quezon City on Monday, Pulse Asia Research director Ana Maria Tabunda said that nearly two-thirds of Filipinos are not satisfied with electricity tariffs.

"The majority of Filipino adults or 60 percent are dissatisfied with the price of their electricity," Tabunda told reporters.

The results of the Ulat ng Bayan Survey showed that 60 percent of respondents said they were not satisfied with electricity tariffs – 29 percent of them were "somewhat dissatisfied", while 31 percent were "very dissatisfied".

Conducted in June, the survey covered a sample of 1,800 with a national margin of error of ± 2.3.

The survey results showed that 27 percent of the respondents were satisfied with electricity tariffs and 14 percent were undecided.

"The discontent is highest in NCR (National Capital Region) with 84 percent," Tabunda said, noting that the survey was conducted on June 15-21, a week after the Manila Electric Co. (Meralco) announced lower rates that month.

Meralco is the largest distribution company in the private sector in the Philippines and covers 36 cities and 75 municipalities, including Metro Manila.

In August, the company led by Pangilinan said that the electricity tariffs have increased from July P10.1925 to P10.2190 per kilowatt hour (kWh).

Meralco, who wanted to comment, claimed that his rates are among the lowest in Asia.

"Over the past six years, Meralco's customers have been one of the few in the world to achieve price declines versus substantial increases in those of some other neighboring countries," said Meralco spokesman Joe Zaldarriage to GMA News Online.

"The average rate of Meralco (excluding VAT) in US cents per kWh has fallen by 4 percent since January 2016, compared to an average increase of 12 percent in 46 countries covered by the survey," he said.

"As further shown in the IEC study, Meralco scores as one of the cheapest in Asia, excluding the subsidies from other markets and the use of nuclear energy," noted Zaldarriaga.

In a separate statement, Sanlakas Secretary-General Aaron Pedrosa claimed that Meralco also insists on more coal-fueled facilities in the country.

"In addition to Meralco's monopoly on power distribution in the Greater Manila Area, Meralco and its co-owners are persistent in pursuing the approval of their energy supply agreements, which will add another 3.5 GW of dirty and expensive coal."

Such a plan could further increase electricity tariffs, according to the group.

"This, although the effects of the use of imported and indigenous coal have already drastically increased the prices," Pedrosa remarked.

The Pulse Asia survey also showed that 82 percent of the respondents were in favor of an option for their electricity supplier and that 89 percent are in favor of increasing the share of renewable energy in the country. (GMA News)