NAIA job accidents over the years 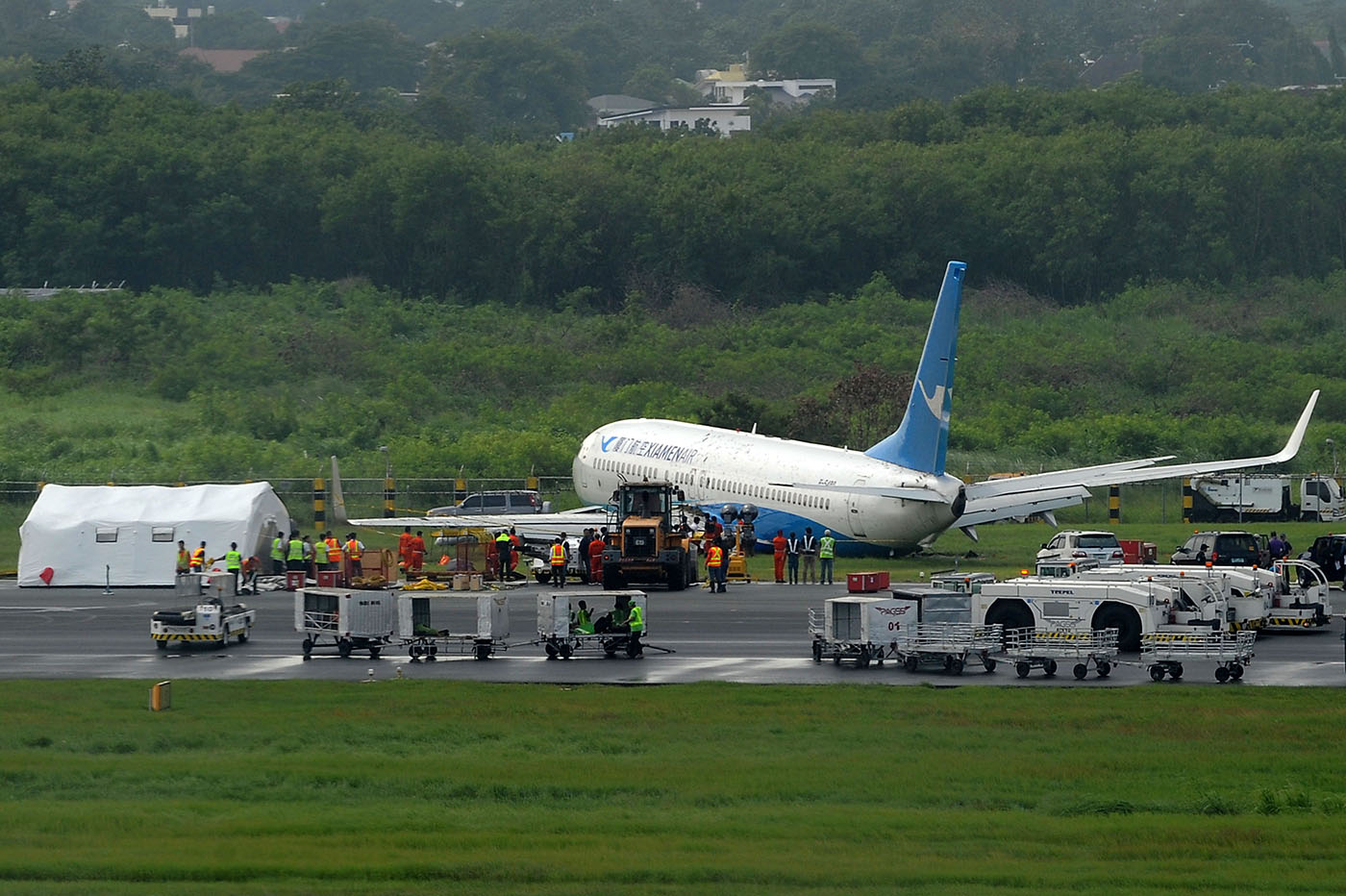 The catwalk accident with Xiamen Air last Thursday, August 16 is not an isolated case in the history of the international airport Ninoy Aquino.

ACCIDENTS. Employees attend a Xiamen Air Boeing 737-800 after it has slipped from the NAIA runway in Paranaque City on August 17, 2018. Photo by Ben Nabong / Rappler

MANILA, PHILIPPINES – The Ninoy Aquino International Airport (NAIA), one of the world's busiest airports, serves as the main gateway for domestic and international flights to the Philippine capital.

That is why accidents and other unexpected incidents on the runways of the airport can lead to paralysis of flight operations.

On Thursday, August 16, Xiamen Air flight MF8667 slipped off the runway of the airport during what according to the pilot was heavy rain. The Boeing 737 was stuck in a muddy area. This forced the closure of the runway 36 hours while NAIA turned to remove the plane.

Several flights have been canceled or diverted and long lines of stranded passengers filled the airport.

However, this recent incident was not a first at Manila International Airport. Bad weather, as well as faulty engines, are the common causes of serious accidents on the runway over the years.

Here is a look back at some of the most important catastrophes at the airport:

China Airlines flight CI 811 has been under fire under the then runway of the Manila International Airport (MIA). The plane arrived from Taipei, Taiwan. Two passengers died out of 124 passengers and 11 crew members on board.

The British Aircraft Corp. (BAC) 1-11 jet from the Philippine Airlines went past the MIA runway during a downpour and flew through part of the South Luzon Expressway at Nichols Air Base.

No deaths were recorded among the 93 passengers and 5 crew members on board the Zamboanga City to Manila flight. However, the crash 8 was killed on the ground after the jet collided with at least 3 vehicles.

According to the aviation authorities, the pilot was warned before the landing, because heavy rainfall reduced visibility and began to disturb the runway lights. The incident caused large traffic along the highway, but also in the air.

Philippine Airlines flight 143 on the way to Iloilo City was towed to the NAIA runway in preparation for the start when an explosion Boeing 737-300 aircraft. A moment later, the aircraft with 120 people on board was flooded with fire and heavy smoke.

Passengers reported at least 3 explosions on the plane. While it was initially speculated that a bomb had caused the explosion, no explosive materials were found. Authorities suspected that a broken fuel tank might have caused the accident.

The explosion killed 8 passengers and left more than 80 injured.

In the midst of heavy downpours, the Federal Express FX-77S cargo plane passed the airport runway by about 20 meters. The Airbus A310, which took off from Cebu City, came to a halt only through the NAIA concrete circumference wall. According to a report by the Associated Press the airbus stopped just 2 meters from a busy motorway in Parañaque City.

All crew members, including a FedEx employee, were unharmed. Some flights were given access to and from NAIA via the other end of the main course after the incident.

SEAir Dornier 328 registered RP-C6328 flight from Caticlan to Manila swerved off from NAIA's Runway 13, coming to a standstill on a lawn near Runway 4. The plane experienced a strong stream of side winds upon landing, making it came from his original tracks.

No passengers were injured. However, the airport was temporarily closed to make room for towing.

Cebu Pacific flight 5J448 has just landed in NAIA from Iloilo City, when it slid into the right section of the track under heavy rainfall and damaged 5 runway lights.

An incident report from the Manila International Airport Authority (MIAA), operator of the NAIA, said all 95 passengers of the Airbus A320 were safe. Unlike previous incidents, NAIA operations were not disrupted by the incident. –Rappler.com