Sister Fox raises denial of the extension of the mission visa 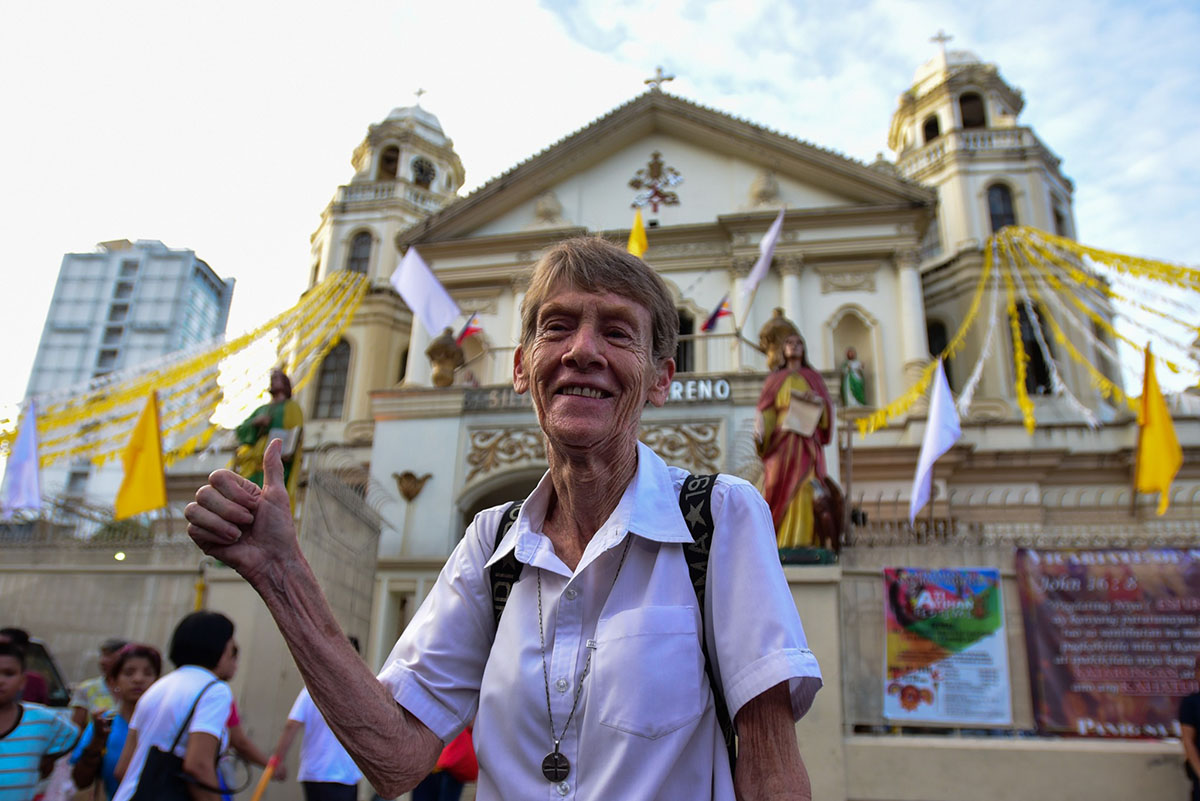 IMMIGRATION WOES. Sister Patricia Fox is the 72-year-old Australian nun who had the Bureau of Immigration deported for alleged political activities. Photograph by Maria Tan / Rappler

MANILA, Philippines – Australian nun Sister Patricia Fox lodged an appeal against the Bureau of Immigration (BI) on Monday 17 September and her refusal to extend her missionary visa in the Philippines.

Fox appeared around 2 pm on Monday with her lawyer, Jobert Pahilga, to file a call in 6 pages on the BI order that was released to the media on Sunday, September 16.

Fox is the 72-year-old Australian missionary nun expelled by the BI for allegedly being involved in political activities. It was President Rodrigo Duterte herself who had Fox investigated, forcing BI away from the Philippines, where she lived for 27 years.

The expulsion of Fox is on appeal to the Ministry of Justice (DOJ), but her mission visa has already expired on 5 September. Fox filed a request to extend her mission visa, but the BI denied her request on 13 September.

In her request for reconsideration, Fox tried to deny the two reasons for the BI to deny an extension of her missionary visa:

Fox said in its motion that the MOA between the BI and the CBCP "has not excluded the extension or renewal of mission visas" for ten years. "

She pointed out that BI has expanded her missionary visa several times since she arrived in the Philippines 27 years ago.

She quoted the expiry of her missionary visa on July 31, 2013, after which the BI relegated her to a tourist visa. Her tourist visa was extended several times until she had converted her application for a tourist visa into a mission visa.

The BI converted its tourist visa into a missionary visa on 5 September 2014. Fox said that this means "a new or new 10-year period from 2014 or 2024 to stay in the country, only that it needs to be renewed or to request renewal every two or three years after the last approval of her missionary visa or its extension. "

On the second basis of the BI to deny her visa extension, Fox said that the deportation order against her "is not yet final and enforceable" because it appeals to the DOJ.

"Therefore, the decision to grant or refuse the application for extension or extension of its missionary visa should not be based on the order of deportation," she said in her motion.

Fox's lawyer, Pahilga, said their camp "is not positive" is that their appeal against her deportation will not be granted.

Yet, said Pahilga, their camp "will still use all remedies".

Asked if she is scared, Fox said: "I'm not really scared, we just keep doing everything we can in terms of the legal process."

Fox is a lawyer by training and remains hopeful about the legal process – especially after a Bulacan court Monday ruled that Major General Jovito Palparan was guilty of the abduction and serious illegal detention of two students from the University of the Philippines in 2006.