Zaldy Ampatuan leaves the prison for the wedding of her daughter 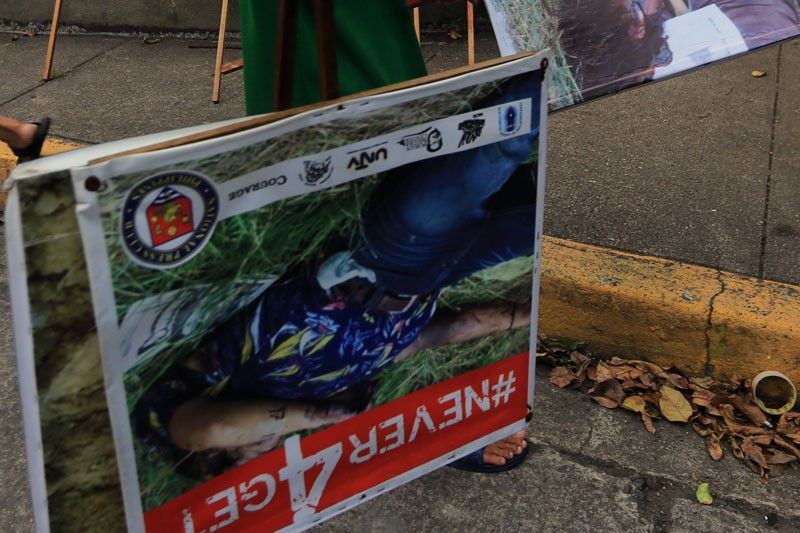 Zaldy Ampatuan leaves the prison for the wedding of her daughter

MANILA, PHILIPPINES – Former Autonomous Region in Muslim Mindanao Governor Zaldy Ampatuan, one of the main suspects in the Maguindanao massacre in 2009, received permission from a court in Quezon City to leave detention on Tuesday for the marriage of his daughter to to live.

Ampatuan attended the wedding of Bay Nor Aila Kristina at a five-star hotel in Pasay City after Judge Jocelyn Solis-Reyes of the Regional District Court of Quezon City 221 gave him three hours' leave.

He left the prison hall of the Quezon City at Camp Bagong Diwa in Taguig City around 4:00 PM.

Officers from the prison administration and penology office (BJMP) guide Ampatuan to the wedding location.

"He went back to his cell around 7:00 PM." BJMP spokesman, Chief Inspector Xavier Solda, said in a text message to The STAR.

In an order for three pages released by the Ministry of Justice yesterday, Reyes called humanitarian considerations when granting Ampatuan's request, despite opposition from prosecutors.

"It is a memorable family occasion, which must be seen by loved ones of the couple, especially the accused," reading the court's verdict.

The court ordered the former governor to assume all expenses for his leave.

The DOJ panel opposed Ampatuan's petition for leave, arguing that "he could not equate himself with those who have not violated the law."

DOJ prosecutors also cited the court's earlier ruling in which a similar plea from Ampatuan was rejected to attend the graduation of his eldest son in Cotabato City.

It was not the first time that Ampatuan was allowed to leave the prison.

He was given leave to take part in the graduation of another child at a university in Quezon City.

Minister of Justice, Menardo Guevarra, was shocked by the court's decision.

"The prosecutor opposed the motion of Zaldy Ampatuan, but the court granted him leave for humanitarian reasons," he said.

The DOJ said the accusations against Ampatuan and 194 other accused had been submitted for resolution by the court – with the exception of the cases of his brother, former Datu Unsay mayor Andal Ampatuan Jr. and two others.

The patriarch of the clan, former Maguindanao governor, Andal Ampatuan Sr., died in custody in July 2015.

Guevarra has previously sworn to solve the many murder cases by next year. – With Emmanuel Tupas