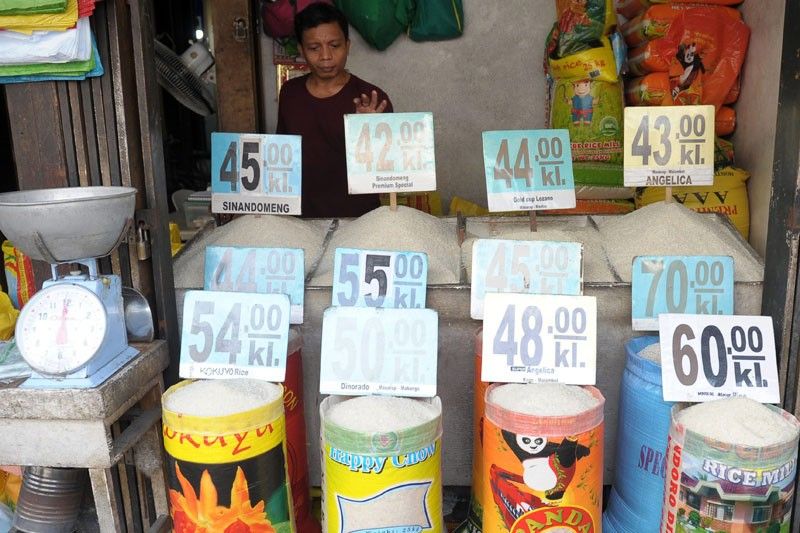 MANILA, PHILIPPINES – The raging rice crisis in Zamboanga, where prices have risen to P70 per kilogram, should serve as a warning for the country not to depend on imported rice to feed the population, according to the Ministry of Agriculture.

Agricultural Secretary Emmanuel Piñol said that the crisis in Zamboanga and the nearby provinces of Basilan, Sulu and Tawi-Tawi could spread to other areas if the government were to remain dependent on imports to meet local demand.

"For years, these areas have relied on smuggled rice from Vietnam and Thailand, brought in via Sabah, smuggling rice was sold on the market at lower prices than locally produced commercial rice, and local officials barely raised a finger to stop illegal activity. "he said yesterday.

But just after the Zamboanga City Council passed a resolution calling on the local government to bring the city into a state of disaster, Mayor Maria Isabelle Climaco-Salazar told The STAR that huge amounts of rice had arrived from Isabela and India.

She said after "first inspection" that they discovered that bags of rice had arrived from Isabela and India. While fresh rice flows in, Salazar says she still has to approve the council resolution. The arrival of new shares, she said, is expected to stabilize prices.

Piñol stressed in the meantime that there was no serious attempt to develop and support the rice industry in the communities because smuggled rice of good quality was available for only P29 to P35 per kg.

"Rice farmers left their farms and switched to other farming activities, including fishing, because they could not compete with the cheaper smuggled rice," Piñol said.

"Even local rice traders who bought and sell local locally produced rice, including legally imported rice, have left the company because they said they could not sell their shares," he added.

The supply shortage came after Malaysian Prime Minister Mahathir Mohamad and President Duterte agreed to stop illegal activities in the borders of both countries.

Although the move was aimed at tackling the movement of terrorist groups, it also stopped smuggling rice, reducing the supply of cheap rice to Zamboanga and nearby regions.

"When smuggling was stopped, prices of rice began to hit the markets and consumers asked the government for subsidized rice from the NFA that they have ignored in the past," Piñol said.

Piñol stressed that the proposal of the economic managers to attract more imported rice and ultimately reduce the government allocation for the rice industry would drive the farmers further away.

"When this happens, the country would be heavily dependent on imported rice and the rice exporting countries could dictate prices, and the Philippines would eventually pay more for imported rice, just like what happened in 2008," he said.

He added that the threat of climate change would also affect the production of exporting countries and force them to stop or restrict sales to other countries.

"The population of rice-exporting countries in the world is growing, just like the Philippines, and in the near future there will come a time when the demand for food by their own people would prevent these countries from exporting," Piñol said.

Local farmers now produce 93 percent of the country's total rice needs and the DA is only aiming at reaching the 95 percent level to enable a five percent window for imported rice.

In Zamboanga City Salazar said that 100,000 bags of rice that will be ready will be sold to the city. Approximately 40,000 to 50,000 bags will come from the National Food Authority (NFA), she said.

"With the extra supply coming from Region 12 and the coming harvest season, Zamboanga City will no longer have a rice cutter," said Salazar.

Salazar said earlier that the council resolution underlined the seriousness of the city's problem.

"The declaration of the state of disaster in the city is a recognition that there is really something wrong, this is an economic issue affecting the poorest of the poor, so I had to take steps as an official of the government to deal with the current economic crisis. ", said Lobregat in a radio interview.

The city approved the resolution after a dialogue with representatives of the agricultural department, the National Food Authority (NFA), the risk management agency for urban addicts (CDRRMO), the Ministry of Trade and Industry (DTI) and other authorities involved.

Salazar, who chairs the local price board, had proposed to the DTI to set a price cap for commercial rice.

Rep. Celso Lobregat, meanwhile, has urged the local government to focus on ensuring productivity and institutionalizing a food security program. With Roel Pareño