Biomining study could unlock future settlements on other worlds

philippines December 6, 2020 philippines Comments Off on Biomining study could unlock future settlements on other worlds 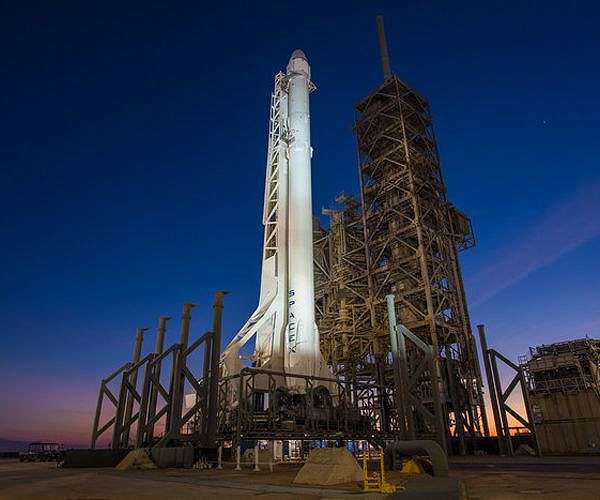 Experiments on the International Space Station have shown that the “biomining” process works in microgravity; a discovery that could help the first space colonists collect the minerals they need to build a long-term presence outside Earth.

The BioAsteroid experiment will take match-box sized containers of asteroid rock, which are then used to grow bacteria and fungi in an incubator for three weeks to investigate how gravity affects the interaction between the microbes and the rock. at reduced gravity. Scientists will investigate how the microbes extract materials from rocks in space.

On Earth, microbes are used in some mining as an environmentally friendly way to access metals. They digest the rock and what is left are the metals that miners need.

If successful, this method would support efforts to explore the Moon and Mars, allowing humans to extract building materials, water, or rocket fuel. Experimenting on the International Space Station (ISS) allows scientists to conduct unique research into the effects of microbes on asteroidal material in conditions that cannot be simulated on Earth.

Libby Jackson, Human Exploration Program Manager at the UK Space Agency, said: If we are to continue to explore space and push the boundaries of what is possible, then we will have to create or find the essential elements necessary to support life .

Our membership of the European Space Agency allows British scientists to take advantage of the unique scientific facilities available on the ISS and to be at the forefront of efforts to restore the foundations of life on Earth.

The new Bioreactor Express program – of which this experiment is part – will change the way we can use this unique laboratory, opening new opportunities for British scientists and organizations to undertake science in space.

Scientists from the University of Edinburgh and Kayser Space, based in the Harwell space cluster in Oxfordshire, contributed to the project – the first European experiment to be accelerated through the Bioreactor Express program, which is dedicated to biological, biotechnological and biochemical experiments .

Prof. Charles Cockell, University of Edinburgh, said: To sustain humans permanently outside of Earth, we must have access to useful materials. This experiment increases our ability to do that. It will also provide new fundamental insights into processes that are useful here on Earth, such as biomining and how microbes form biofilms that pollute our pipes and industrial facilities.

David Zolesi, CEO of Kayser Space, added: BioAsteroid confirms the amount of added value there can be in commercial entry into space and Kayser’s high expertise in conducting biology experiments aboard the ISS. From contract signing to launch in less than 18 months was only possible by operating the ISS on a commercial basis.

UK Government Minister of Scotland, Iain Stewart, said: It is fantastic scientists from the University of Edinburgh who have worked on this monumental UK-led project.

We live in a very exciting time for the space industry. Continued investment by the UK government in the space sector will strengthen the UK as a world leader in space.

Last week, the Chancellor committed £ 14.6 billion in R&D funding in the Spending Review, meaning investment in Scotland’s world-leading universities will continue to grow.

The experiment will be launched to the ISS on the SpX-21, a Commercial Resupply Service mission contracted by NASA flown by SpaceX using a Cargo Dragon 2.

The UK Space Agency is funding the Bioreactor Express program through its annual £ 374 million contribution to the European Space Agency (ESA). This membership allows the UK to partner with space agencies around the world on projects such as the International Space Station.

Early next year we will see the first significant UK industrial contribution to the ISS. The ColKa communications terminal, built by MDA UK, will be installed by astronauts on a spacewalk in January.

This terminal will greatly enhance the communication capabilities in the Columbus module, where many of the UK’s science experiments take place, as it will make it possible to ‘beam’ experiment data to Earth.

Mars News and Information at MarsDaily.com
Lunar Dreams and more 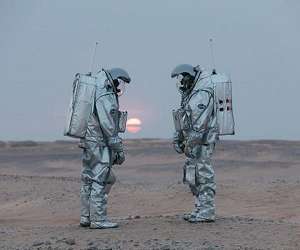 NASA is working to send humans to Mars by 2030. If everything goes according to plan, the flight crew’s return trip to the red planet will take about two and a half years. That’s a long time to spend uninterrupted with colleagues. Now imagine that the astronauts don’t get along? To make sure this doesn’t happen, a new study led by Western University tested the team dynamics of five astronauts on an analog Mars mission organized by the Austrian Space Forum in 2018 in Oman, a country … read more