philippines December 2, 2020 philippines Comments Off on The toll board sees normal traffic after hiccups on the first day of RFID payments 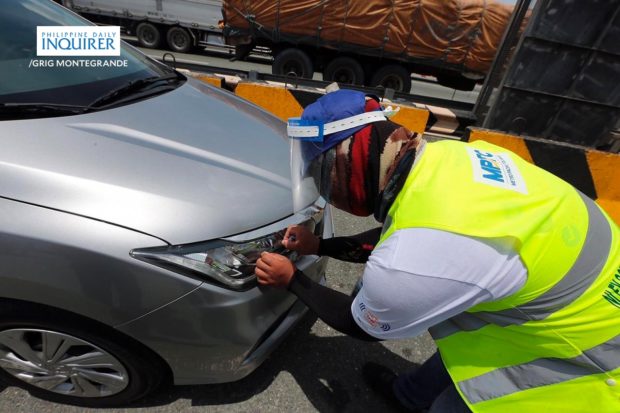 MANILA, Philippines – The Toll Regulatory Board (TRB) expects road conditions to return to normal in the coming days after hailing drivers on Tuesday (Dec. 1), the deadline for full cashless tolls.

Long lines at toll plazas formed as system failures surfaced and thousands of drivers adapted to RFID payments coupled with a rush of people returning to Metro Manila after a weekend of vacation.

A driver told the Inquirer that she was trapped in crawling traffic for two hours on Tuesday evening on a three-mile stretch on the North Luzon Expressway (NLEx).

In assessing the first day of the full shift to RFID payments, TRB Director Abraham Sales called these “birth pains” and that conditions improved by Wednesday (Dec. 2).

“Hopefully the situation will improve further in the coming days and we can reach our goal of 100 percent cashless transactions,” said Sales.

While toll roads, such as San Miguel Corp. (SMC) and Metro Pacific Investments Corp. (MPIC), after a one-month extension had to switch to full RFID payments on Dec. 1, cash payments were still accepted due to the surge in vehicle volumes on Tuesday.

Dionisio said traffic conditions on NLEx worsened on Tuesday as an estimated 35,000 drivers had insufficient tax on their RFID accounts.

“They were the ones who caused the long queue because we really had to house them,” she said.

Skyway O&M Corp. president Manuel Bonoan said on behalf of SMC’s toll road group that the company’s RFID penetration rate reached 85 percent, up from 43 percent prior to the pandemic.

“The flow of general traffic has been very good and smooth,” he said, pointing out that there were still queues on the RFID installation lanes.

He also welcomed the implementation of cashless collections as a means of reducing the spread of COVID-19.

“Even on our toll roads, we have many tellers that have tested positive,” said Bonoan. “I think going cashless was a very noble goal.”

The food, drink and infrastructure conglomerate previously asked the Department of Transportation (DOTr) to extend the penalty-free window for drivers without RFID stickers from January 11 to February 2021.

“The main reason for pushing for cashless transactions to be executed is to protect the health and safety of our citizens during the COVID-19 pandemic,” she said at the briefing.