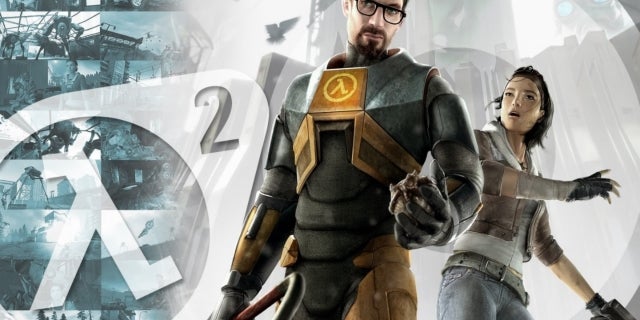 We here at ComicBook are big fans of passionate fan projects. From mods to cosplay, in fact every way to show off that ambitious love for some of the most beloved franchises out there – we are here for now! Chances are you have seen us cover some of the incredible things fan projects out there like Half life and Fallout, but only because they are popular does not mean that they are easy. Some of these projects can last up to a decade, like this Half-life 2 combat rework mod.

This mod, called MMod, has been in development for almost a decade and is now finally available for PC fans of the iconic Valve franchise. Although we will probably not see a Half-Life 3 Soon this mod will completely change the way the game feels – making it almost a completely new title in the process.

The mud could not wait to share the good news, to start the new year, finally bringing out a project that has been around for a long time. "In this cheerful holiday season, I am happy to bring Half-Life 2: MMod under your Christmas tree, "they started in their most recent announcement." It was a long way for me, from HL2EP2Enhased (sic) with replacements of basic particles and FPSBanana skins to a full-fledged mod with its own huge, original (for the most part) feature set, lots of brand new content and remastered fire mechanics. This incarnation of MMod is my true vision that I had from the beginning, but never realized before, until now. "

As far as the mod itself is concerned, the maker stated that they had "hardened" the AI ​​and also assigned the Combine with new prompts to complete, including grenade launcher.

Both audio and visual revisions have been implemented, making the game much more polished than the original release. The community at Moddb has nothing but phenomenal things to say about this project and now you can view it here yourself!

Thoughts about the state of Half-life 2 and all the incredible mods of fans around the Valve game? Sound out with your thoughts in the comment section below, or skip me over to Twitter @DirtyEffinHippy!