Gino Rossi has a partnership agreement with CCC, which can generate income in PLN 15-18 million 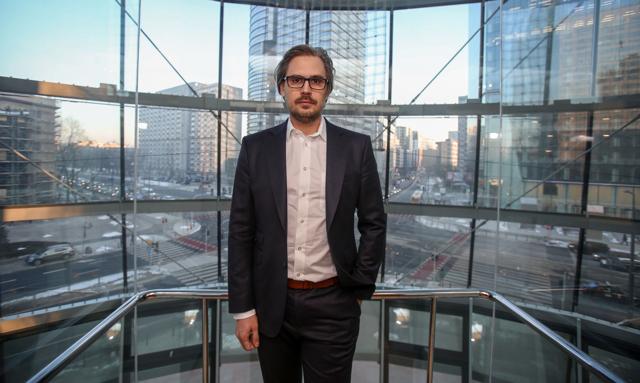 Gino Rossi and the CCC group have signed a strategic partnership agreement for cooperation and licensing of trademarks, Gino Rossi said in a press release. The company estimates the income from the agreement in 2019-20 on PLN 36-40 million, of which PLN 15-18 million in 2019.

According to Gino Rossi, the contract is aimed at expanding the distribution of Gino Rossi goods and brands in existing and new markets, regulating the conditions for cooperation within sales channels of CCC companies, including eObuwie, and the full use of the production capacity of Gino Rossi.

"Under the contract, the issuer and GR CCC licensed and authorized CCC to grant a sub-license for the use of the publisher's trademarks and labels, including the production of goods using them." CCC also promised to buy goods produced by the publisher, "the statement said.

According to the agreement, the Gino Rossi brand will enter all markets where the CCC distribution network is present (both in the fixed and in the e-commerce channels).

Currently there are 22 European countries and Russia, and in the perspective from the first half of 2019 products under the brand Gino Rossi will also be sold to Dubai and other regions in the Middle East.

"Specific collections under the Gino Rossi brand will be sold in Poland and the Czech Republic in about 200 selected CCC stationary stores, among others. The production of shoes and bags will be carried out at Gino Rossi plants in Słupsk or Elbląg" – is written.

In exchange for licensing, CCC has undertaken to pay Gino Rossi a fee, the amount of which depends on the annual net sales of goods with trademarks and company designations. The fee is calculated and settled every quarter.

According to the agreement, the CCC Group is authorized to distribute and advertise goods in Europe and Russia manufactured by Gino Rossi and purchased by CCC, while CCC is required to maintain a minimum total volume in the first two years from 1 January 2019. purchase of produced goods by the company at the level of PLN 300,000 pairs or pieces of goods in the period 2019-2020 (indicative: 120,000 for 2019 and 180,000 for 2020).

As said, if the parties consider the cooperation favorable and positive, they will endeavor to increase the number of orders to the level of about 500,000. pairs or pieces of goods per year.

The contract is concluded for a specified period of three years and can be renewed four times for the next three years.

The contract is an extension of the ongoing collaboration between the CCC group and Gino Rossi with regard to the distribution of products via the e-business. pl.

"The Strategic Partnership Agreement is the next phase of a long-term successful partnership between Gino Rossi and CCC, we value collaboration with the CCC Group and we are pleased to be able to continue it in a comprehensive formula." We are convinced that such collaboration will contribute to the dynamic sales growth of Gino Rossi. It also enables us to develop the key competences in design and production and will contribute to the effective dilution of fixed costs, " Tomasz Gicki, president of Gino Rossi, quoted in the press release.

According to Gino Rossi's board of directors, footwear and accessories under the brand Gino Rossi will be available on an international scale thanks to the collaboration, which will allow the company to become more aware and strengthen brand recognition. Collaboration is also expected to increase the scale of operations.

In turn, thanks to the contract, CCC will introduce footwear from a slightly higher price level to its stores.

"We are expanding the number of stores in the new concept dynamically, which offers the possibility to expand the reach and the larger product segmentation." The cooperation agreement with Gino Rossi offers the provision of well-received shoes from a slightly higher pricing platform "- said PAP Biznes vice-president of CCC Marcin Czyczerski.

"It has been put together with a broader strategy to develop the sports footwear segment of leading brands for a younger group of customers and a fashion category based on the Deezee brand," adds Czyczerski.

At the end of Tuesday Gino Rossi scored a PLN 0.65 prize, which represents an increase of 66.7 percent. On the other hand, CCC shares were down 2.6 percent. to PLN 210 (PAP Business)