A gigantic fish in the Sulejów lagoon. Angler caught an amount that weighed 72 kilos! [ZDJĘCIA] 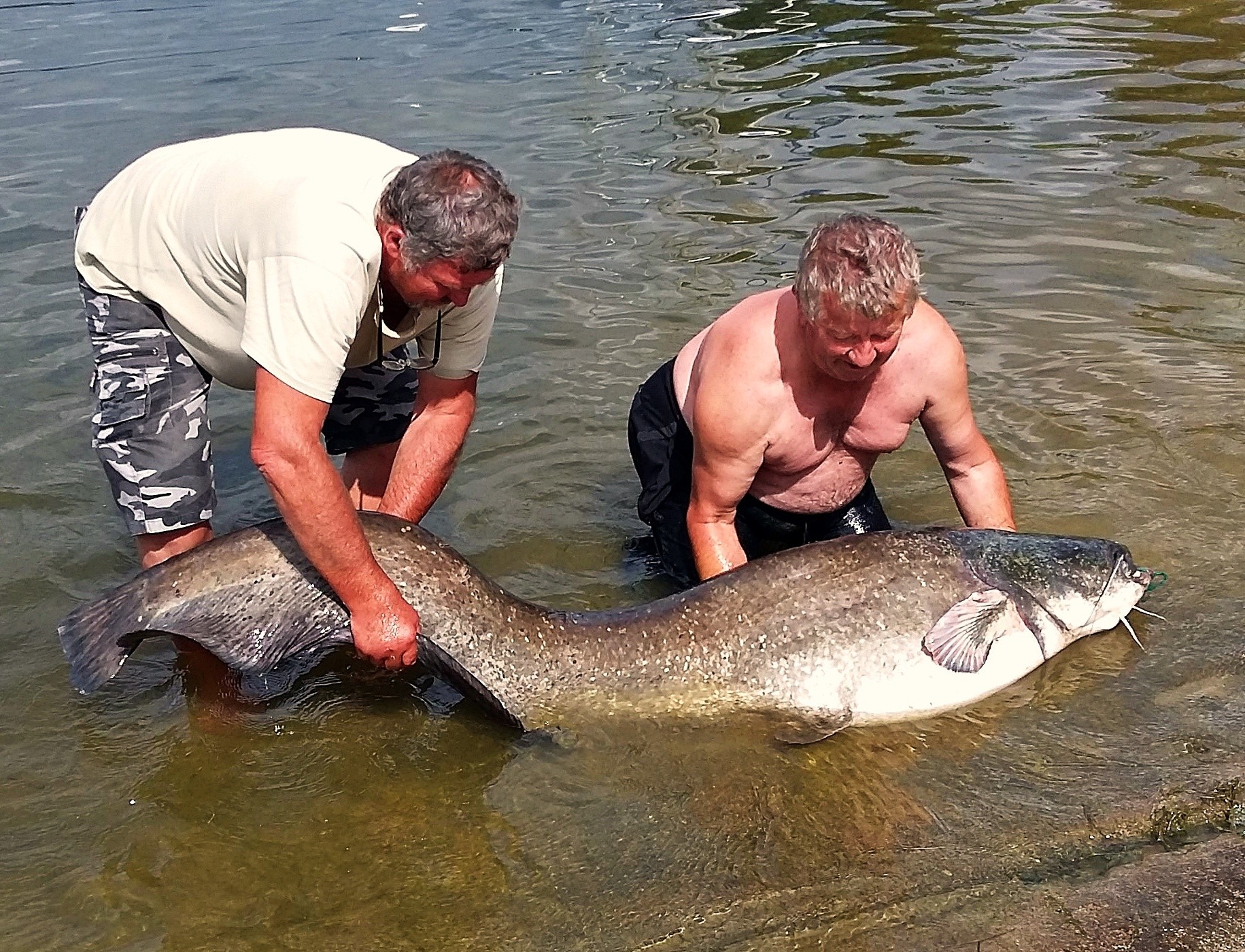 Jan Zieliński from Wadlewa in the Drużbice community recognizes that although he has been passionate about fishing for decades, he has never caught such fish. While fishing in the waters of the Sulejów reservoir, he caught the gigantic sum. The fish with which he fought for more than two hours weighs 72 kilos and is 216 centimeters long.

As he admits, when he went fishing at night in the Swolszewice area in the Sulejowski reservoir, he did not even think he would catch such a copy.

When he was swimming after a night of fishing, catching a few small breams, he decided to sail into one of his favorite fishing spots. On the way he noticed how the viper sang about 200 meters from the boat.

– I have set up a longer wobbler for this asp – says the fisherman. – After 8-10 throws I had a chance. I cut the light and then harder. It must hurt a fish, because the water fell apart and only a fountain of water could be seen. I did not know if it showed the tail or the head of this fish – laughs Jan Zielinski. – And the fight began, first the catfish escaped into the bushes. I did not even know how big it is. I thought it would break down because I had a fine spinning rod and a "sixteenth" braid. For such an amount it is a delicate set – explains the fisherman.

After 40 minutes of fighting, the catfish drew away from the bottom and the fisherman saw a huge vortex on the water surface. Twenty minutes later he saw for the first time the enormous volume of a large fish.

– The first thing I thought was that I would lose the wobbly, for which I gave a lot of money. Because I did not believe that it would be possible to draw this sum – says Jan Zielinski. – I dragged the fish for another kilometer and managed to pull it to the side. I had a big hook on the boat, which I hooked under his chin and tried to drag him into the boat. When I almost had it, it just wrapped its tail and found itself in the water again with this hook.

The fisherman of Wadlewa decided to keep dragging the huge fish with a fishing rod and tried to take a boat to the coast.

– When I pulled him, he laughed fisherman. – Finally I managed to swim to the coast after more than two hours – he adds.

When it was 150 meters to the coast, the catfish took the last fight. Fisherman, not to break the braid, set the brake on the reel to about 60 percent, and the reel spool that he hand-operated with his fingers.
– My fingers are completely burned off this coil, it was impossible to block the reel, because the catfish would break the braided line – says Jan Zielinski. – Several dozen meters off the coast, his jaws were visible above the water and the catfish surrendered. I pulled it out of the water and I must admit that it is the biggest I have ever caught – adds a happy fisherman.