A poll for "Fakts" TVN and TVN24. A small difference between Trzaskowski and Jaki 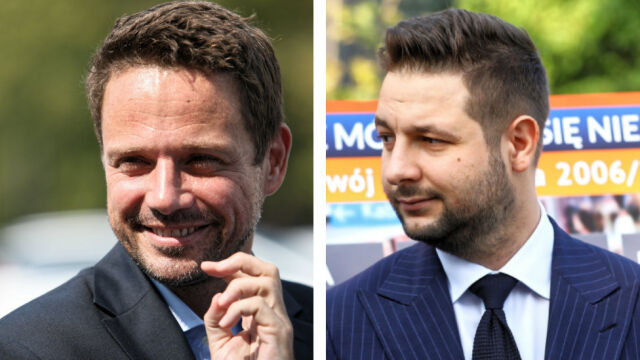 Rafał Trzaskowski, PO and Nowoczesna candidate, would have achieved 37 percent of the votes. Patryk Jaki, candidate for PiS, Solidarna Polska and Porozumienie, would receive only 4 percentage points less – he was supported by 33 percent. respondents.

Another on the list – Andrzej Rozenek, SLD candidate, can count on 4 percent support, Janusz Korwin Mikke, at 3 percent. The same number of respondents would support Jan Śpiewak, the candidate Razem, Polish Initiative, Greens and the Free City Association of Warsaw, and the independent candidate Jacek Wojciechowicz. The following are Piotr Ikonowicz, candidate of the Social Justice Movement with 2% support, independent candidate Piotr Guział, voted by 1 percent of the respondents and PSL candidate Jakub Stefaniak (also 1 percent).

The answer "other candidate" was chosen by 1 percent of the respondents, while the option "do not know / hard to say / I have not yet decided" – 7 percent of the people who participated in the survey. 5 per cent did not want to answer who would vote for it.

The poll also asked how respondents evaluate the current campaign, led by Rafał Trzaskowski and Patryk Jakiego. Patryk Jaki was better in this juxtaposition. "reasonably good" and "very good" the campaign of the candidate is assessed by 41 percent of the respondents, 36 percent – "rather bad" and "very bad". Trzaskowski's campaign "reasonably good" and "very good" is rated by 36 percent of the people who participated in the survey, "rather bad" and "very bad" – 40 percent.

The poll was conducted by telephone via Kantar Millward Brown on 17-20 August 2018 on a representative sample of residents of Warsaw aged 18 and older. The sample size was 1004.

The first round of municipal elections will take place on October 21st. The second – if necessary – on November 4th.