A trial in the case of Beata Szydło takes place 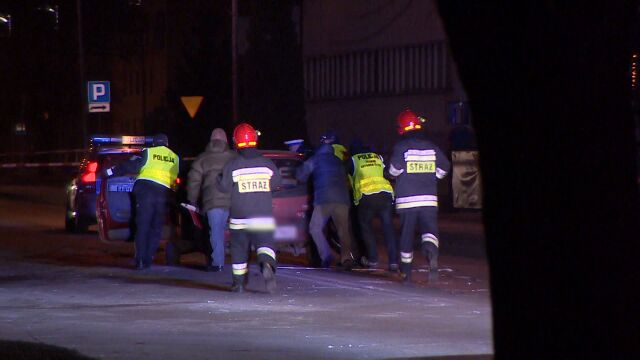 The organizational meeting before the collision with Fiat Seicento and the car that traveled Beata Szydło ended. The court determined the date of the first session – 16 October.

There will be a process in …

The court hearing was held behind closed doors. In addition to the defendant, he was attended by lawyer Władysław Pociej, as well as the district prosecutor from Krakow, Rafał Babiński.

The court also determined several successive dates of hearings. The public prosecutor Babiński said after leaving the courtroom that there were no "contentious issues" during the meeting. – We determined the order in which the action was carried out, the court gave information about the data. Everything has been agreed – he said.

The Code of Criminal Procedure indicates that the organizational meeting is convened, inter alia, by the president of the court when the scope of the evidence procedure justifies the assumption that it will be necessary to appoint at least five session dates in the case. The court decides, among others, on the order of execution of the evidence, the course and the organization of the main test, establishes the dates and takes other necessary decisions.

The accident took place on February 10, 2017 in Oświęcim. Former Premier Beata Szydło was injured. For his unintentional provocation, the Prosecution accused the 21-year-old Sebastian K., who ran Fiat.

The accident occurred at one of the crossroads in Oświęcim. The police said the government column of three cars in which the then Prime Minister Beata Szydło drove (her vehicle was in the middle of the column) overtook Fiat Seicento. His driver dropped the first car and then started to turn left and hit the car, then the head of the government, who was riding a tree.

As a result of the accident, Beata Szydło and one of the BOR officials, head of prime minister's protection, were struck by injuries lasting longer than seven days. The then head of government until 17 February last year. She was in the Military Medical Institute in Warsaw. The second BOR officer – the driver of the vehicle – found minor injuries.

February 14 last year the indictment of the public prosecutor to accidentally cause the accident was heard by Sebastian K. She is punished with a prison sentence of up to three years. The man did not plead guilty.

February 28 this year the prosecutor's office informed of the completion of the investigation. As she reported, two versions of the accident have been adopted over time. The use of light and sound signals from vehicles moving in the privileged column is assumed, and the other – with only light signals.

Researchers referred to the findings of experts who stated that – regardless of whether sound signals were used by vehicles from the privileged column – the exclusive and direct perpetrator of the incident was Fiat Seicento driver. According to them, he did not identify the situation along the way.

After the investigation was closed, the public prosecutor closed the case of possible violations of the BOR officials during the accident and handed the police to conduct. It was about the suspicion of exceeding the speed limit and crossing the uninterrupted line on the roadway by BOR officers who were driving vehicles that had been included in the privileged column. February 11 this year the issue of possible violations has expired.

In the middle of March this year the Krakow Public Prosecutor's Office requested the court in Oświęcim to conditionally terminate the proceedings. Researchers wanted to award Sebastian K. with a trial period of 1 year. The man should also pay 1.5 thousand. exemplary. Sebastian K., together with defender Władysław Poto, did not agree to send them again. At the end of July, the lawyer said: "I will make every effort to show that someone else is responsible for this incident, I do not know who, I do not say who, in particular, my client can not stand it."

On 27 July, the court in Oświęcim decided that the case would go to the main hearing.