Accident in Szaflary: There is a film from the moment of the accident [WIDEO]. Death of the student at the level crossing 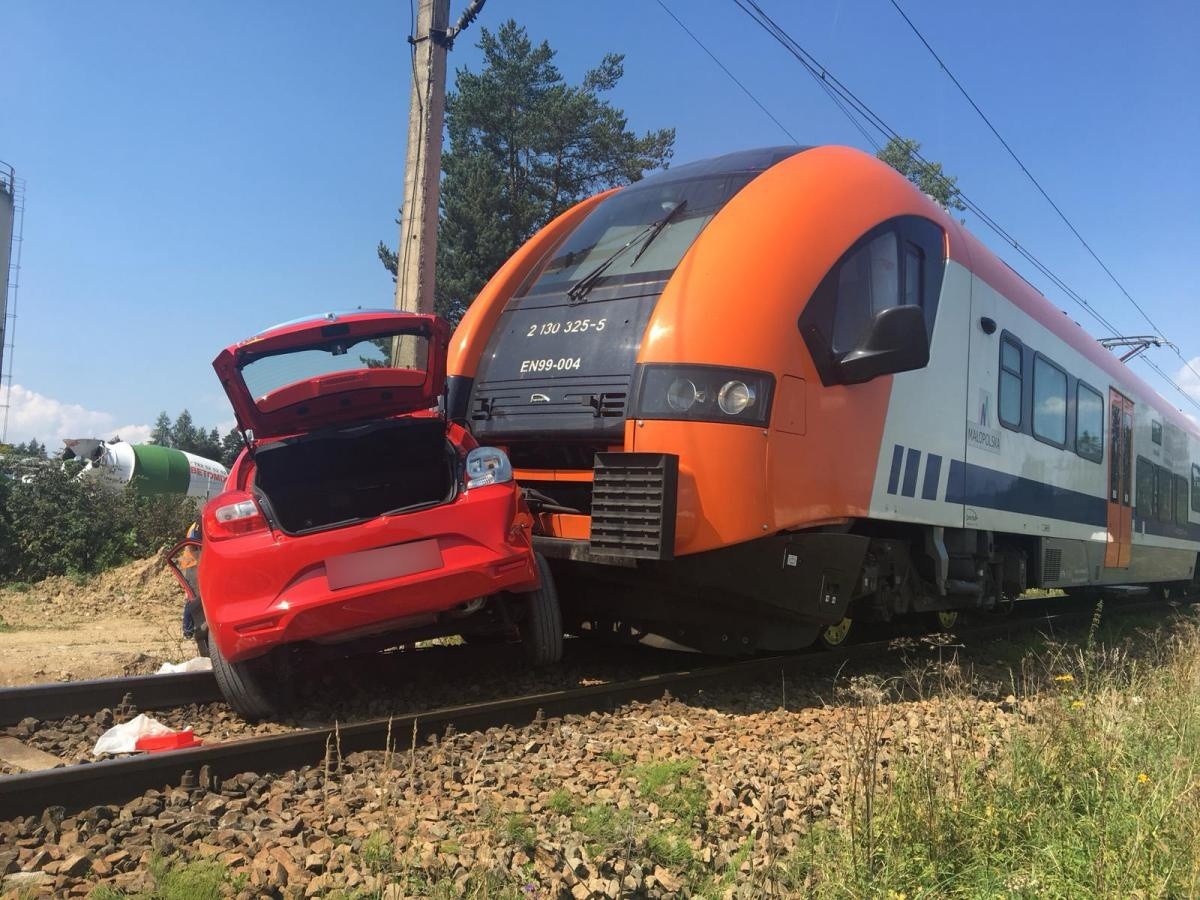 For this a fatal accident took place on Thursday, August 23, around 11.15 in the village Zaskale (Szaflary Municipality). At the railway crossing there was a collision of the train between Nowy Targ – Zakopane and a driving school, which the driver had only taken an exam.

There is a film from the moment of the accident in Szaflary. At the level crossing the train crosses the driving school

The police officially predicted that the driver driving a car passed a level crossing during the driving test (unguarded, marked with stop and G3). During the passage the car stopped on the track and the engine went off. The train arrived after a few seconds. The examiner managed to get out of the car and jump back. The train hit the car where he was still driving.

See also: Death accident at the level crossing. The driver and the passenger are dead (video)

As a result of the collision of the train with the car, the young woman got very serious injuries and was taken to a hospital in Nowy Targ. Unfortunately she died, despite the help of the 18-year-old.

The 62-year-old examiner was not injured, as were the train driver and train passengers, of whom about 60 were.

The police of Nowy Targ conducted a visual inspection at the scene of the accident involving the public prosecutor, the expert and the committee for investigating railway accidents. Detailed circumstances, reasons and in particular who is to blame for causing an accident, determine the procedure of the District Parquet in Nowy Targ.

See also: Death accident on the southern ring road of Gdansk. 2 children are dead, 3 people are in serious condition [ZDJĘCIA]

The researchers have all traces and evidence, including video recording of the train and recording of sound and video of the exam vehicle (these materials will help determine why the car stopped at the level crossing). Journalists also reached the film from the moment of the accident, which the surveillance camera registered with one of the nearby companies.