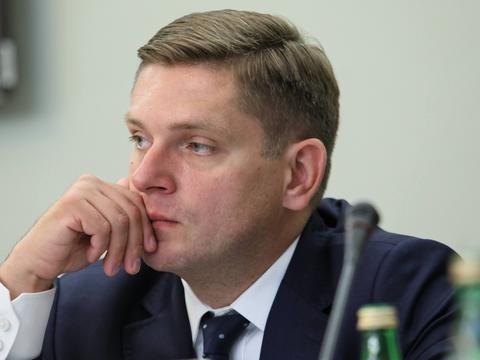 According to the law and the justice policy, Rafał Trzaskowski appeared to be a candidate of elites who, despite appearances in Warsaw, do not have much. "Kownacki praised the main rival of the PO candidate – Undoubtedly Patryk Jaki has shown that he has a class, is determined and is today the most active candidate in Warsaw – he said.

Kownacki was also asked why the rulers decided on their own advertising boards in response to the PO presented by the PO. – Whoever fights with the sword is killed. If someone wants to campaign like this, wants to give false information and wants to threaten law and justice, then he has to expect our reaction. In a short message, using billboards, we have shown how we can manage well, spend money on programs such as 500+, 300+ or ​​on local roads – he said.

Let us remind you that the PO and the modern civil coalition in the campaign are showing billboards with the image of PiS President Jarosław Kaczyński. Apart from the picture of the PiS chairman, the banners also contain the slogan "PiS took millions", with which the subtitles are completed, among other things: "everything becomes more expensive", "and wants to stay unpunished", "and cheap housing is gone" .

The head of the PiS staff, Tomasz Poręba, presented a billboard with the face of a child with the inscription "PiS picked up millions of thieves and gave them to children", who reacts to the advertising campaign PO and Modern at a press conference yesterday.