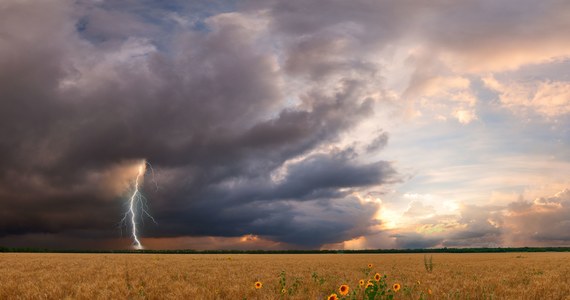 As the IMGW reports, North, West and Southeast Europe is influenced by lowlands with centers on the Baltic Sea, Ireland and Turkey. In the rest of the continent the weather is formed by a high pressure wedge that stretches from the Atlantic to the Urals. Poland is located in an extensive hot part that is connected to the Gulf of Finland. The separate convergence zone in the warm part moves slowly from west to east. Southern Poland is still on the edge of the high-pressure system from southern Europe. In the afternoon there will be a cool and atmospheric front across the northwest of Poland and cooler sea air will remain. Until then, the whole country will remain in the warm, tropical air mixed with the warm pool air of the ocean.

On Monday, small and temperate clouds, from the northwest to gradually increasing to moderate and large. In some places there are showers and in the afternoon in the east and south of the country there are also storms with rainfall up to 10 mm, locally up to 15 mm. Maximum temperature of 23 degrees, 25 degrees in Pomerania to 31 degrees in Lower Silesia and the Opole region, about 22 degrees on the seabed Weak and moderate wind, stormy periods in the afternoon, fairly strong in the afternoon, gusts up to 60 km / h, from western directions. During the storm, gusts of wind up to 65 km / h.

On Monday night on Tuesday, moderate, mostly heavy rain. In places, mainly in the east of the country, there are fading showers and initially local storms. By the morning, precipitation can only occur in the Gulf of Gdansk area. The minimum temperature is from 13 degrees to 18 degrees, the wind is weak and moderate, in the north of the country it is initially quite strong and windless, at sea in gusts up to 60 km / h, west and north-west. Wind gusts up to 60 km / h are also possible during storms.

Check the long-term forecast for 25 days

Check the weather forecast hour after hour for the selected city

Check the forecast for your city and region. Click!

Are you planning a trip? View the weather forecast for the next weekend!