Cenckiewicz: I get threats with the scenario of my funeral, but there are more texts about Gawor 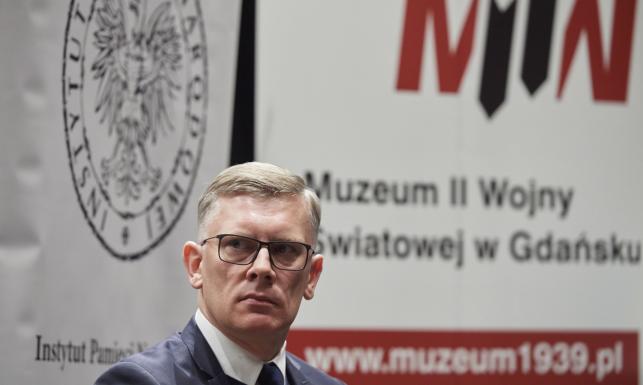 "In the past two weeks, I have intensified the threats, including those in which
My address is in my place, there is also a scenario of my funeral.
A normal man must be afraid, so I am afraid, but not out of the way
I will go down – there will be more lyrics about Gawor and her staff, "we read
in the input Cenckiewicz on Twitter.

I confirm: I have intensified the threats in the last two weeks, including those where my address drops, there is also a scenario of my funeral. Normal man must be scared, so I'm afraid, but I will not leave the road – there will be more texts about Gawor and her colleagues. Https://t.co/t2qKDz87ZV

Cenckiewicz: PESEL was the implementation of the Soviet guidelines

The PESEL system was about the implementation of the Soviet guidelines
inventory of society – he said earlier in an interview for "Gazeta Polska"
the head of the military historical bureau Sławomir Cenckiewicz. He also remembered it
the creator of PESEL and the & # 39; security legend & # 39 ;, Col. Roman Warski.

In a conversation with a weekly historian, also the deputy head of the college IPNhe explained what the system was social Security; he explains this in the context of previously disclosed information about the past of the head of the office for security and crisis management in Warsaw, Ewa Gawor. The documents show that Gawor worked in the PESEL department of the Ministry of the Interior in 1979-1990. PESEL – as he said Cenckiewicz – since the beginning of the 1970s it has been understood as a "part of the electronic data and information processing system by the Ministry of the Interior", and the work on this has been correlated with the establishment of a system related to the work of secret services.

– What sounds very innocent these days, that is to say the universal electronic system of population registers, was in fact from the outset the development and implementation of Soviet guidelines for the inventory of society, which were introduced in Poland from the beginning of the 1940s and 1950s. – said Cenckiewicz.

He added that all people who have made electronic data systems in the People's Republic of Poland "came from the security offices of the security services and enjoyed the support of the Soviets." The researcher recalled, among others, the character of Colonel Roman Warski, which he describes as "a real security legend and a real creator of the PESEL system".

– It was Warski who thanked the lieutenant. Ewa Gawor in the introduction to her diploma thesis dedicated to the PESEL system in Legionowo. "In the investigation the expert director was served by the author of the director of the PESEL department, Colonel Roman Warski," Gawor wrote, with which we can assume that she enjoys the personal support of a senior secret service officer. reviewed Cenckiewicz.

In the remainder of the interview for "Gazeta Polska", the historian recalls what the Ministry of Interior Ministry's Ministry of the Interior – related to electronic data collection systems – had and stressed that these systems were primarily created for the operational departments of secret services (both civil and military). – The automation of a gigantic amount of data gave the services the possibility of a quick and – what is important – an accurate search for information about people who "pass" in general understood the importance of services – the historian remembered.

He added that the use of the PESEL system in the operational practice of the services was the aim of Gawor's thesis. – Analysis of the relationship between the central PESEL database and the PESEL database, PESEL IT systems and subsystems, PESEL search functions (in terms of education, occupation, gender, residential area, countries visited) and use by special service units – said the head of the Military Historical Bureau.

He added that in light of the current provisions regarding with the so-called "The PESEL Department of the Ministry of Internal Affairs was not only part of the communist security apparatus, it was also part of the SB." "That is why the files from the PESEL department of the Ministry of the Interior and its officials went to the IPN archives, while the deciphering law of course embraced the employees of the PESEL department" – summed up Cenckiewicz.

According to previous information from "Gazeta Polska", Ewa Gawor concealed the fact that she was an officer of the Ministry of Interior of Czesław Kiszczak.

– It is true that at the end of the eighties I once studied at an officer's school and I got the rank of second lieutenant of the Militi's Militia, not the SB, only the Militi's Militia. For 10 years I worked at the PESEL department – population registers, driver system, etc. – Gawor has told the PAP.