Elizabeth Revol on "Meetings with the Mountain Film" in Zakopane 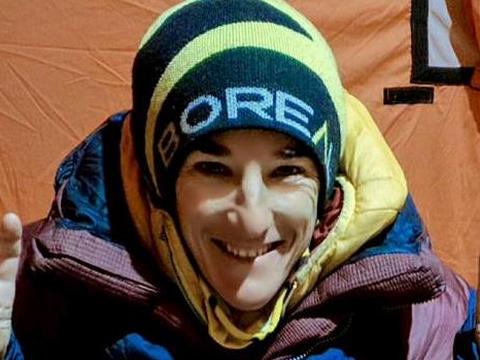 The 14th edition of the Festival of Encounters with Mountain Film in Zakopane began on 30 August. In addition to watching films in the Sokół pod Tatrami cinema, it was also an opportunity to meet outstanding mountaineers, mountaineers, climbers, TOPR rescuers, doctors, filmmakers and book authors. Among the guests there were m.in. Elizabeth Revol, Polish himalayers, who saved her life and wife Tomasz Mackiewicz, who did not return from Nanga Parbat.

The French spoke a lot about the expedition of her and the Polish climber. Besides bitter and desperate memories, there were also beautiful ones that accurately described the extraordinary friendship that the two connected. – Climbing on Nanga Parbat was a very difficult experience for us, we were completely alone in this great space. Tomek left with a smile and simplicity – said Revol and added that the current confusion in connection with the expedition and the noise of the media would frighten him.

The mountaineer also mentioned the difficult weather conditions that they both had to face together: – It was very cold, we had little oxygen, we lost strength in the strong wind and so cold – remembered. The meeting between the French and its rescuers on Polish soil was extremely moving. Among the Tatras there were Adam Bielecki, Denis Urubka, Jarosław Botor and Piotr Tomala.

Recall. The Polish climber was lost on Friday, January 26, to Nanga Parbat in the Himalayas, just after the top of the eight thousand of him and Elisabeth Revol. In the beginning, however, Mackiewicz began to have serious health problems. He had altitude sickness and snow blindness. Revol brought the pool to a height of 7,250 m and ensured that she could not help him. She left him in the ice box. She only struggled with freezing and walked to a height of about 6,700 meters, where she waited for the rescue team. Due to extremely difficult weather conditions, only a French woman can be rescued.

Have the Czechs seen the tent of Mackiewicz? There may be a pool

The family prepares a funeral for Mackiewicz