Gdańsk Business Run 2018. The next edition of the charity relay is behind us. Run to Marek [zdjęcia, wideo] 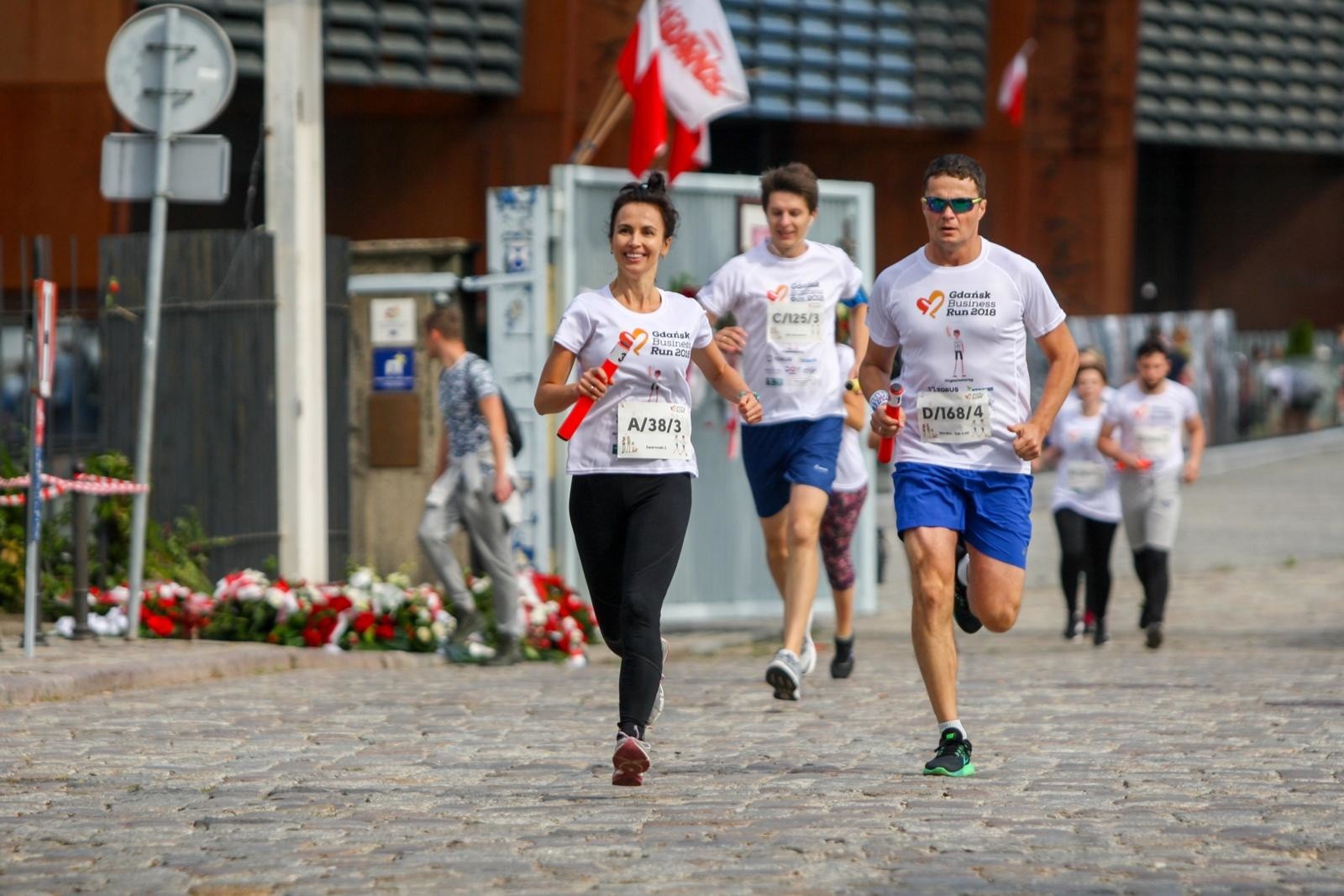 Hundreds of people gathered in the historic BHP hall in Gdańsk on Sunday morning. A business run center of Gdańsk was established here. This is the third edition of this event in the city.

This year, for the first time, apart from the main race, extra equipment was organized on wheelchairs and handbikes. Marta participated.

– I participated in driving on a handbike on behalf of the Forward Foundation.

Many boys from the foundation also rode on wheelchairs. Also basketball players from Olsztyn on wheelchairs came here today to participate in the race. I have to admit that it went very well, because I achieved third place – says Marta. – When Michał from our foundation called me with the proposal to participate in the race, I was very happy. It's nice that Gdańsk Business Run has also opened up to other opportunities for different people. I have certainly participated because the goal is noble, supports people with physical disabilities. But also to show that people with disabilities can lead a normal life. I am an active person, I work, I flew with a balloon, a glider. I try to break stereotypes related to people with disabilities – he adds.

After walking on strollers and handles, it was time for the main run. The teams consisted mainly of players who were employees of Pomeranian companies. No less than five teams have exhibited Ergo Hestia, who is also a sponsor of Gdańsk Business Run.

– This is not our first start in this race, this time our company is also its sponsor together with the Ergo Hestii-Integralia Foundation, which works for the integration of disabled people. One of our teams was people with disabilities – one of the players says. – We do not run every day, but for this occasion we have mobilized for training. We do other sports. We are not focused on taking a specific place, we are especially here for fun. We want to help if we get the chance, and this help is a standard that is laid down in our nature at work and in daily life – his colleague from the relay team adds

She won in the main run of the Gdańsk Business Run 2018 IP team Kwidzyn Team.

Revenue from the race will be used to buy prostheses for 22-year-old Marek Wesołowski. Marek suffered an accident last December and lost both legs at the height of the shins. Thanks to the help of family members, but also thanks to basketball, he gets better and he learns to live for himself in a new reality.

WE RECOMMEND YOU ON THE DZIENNIKBALTYCKI.PL: