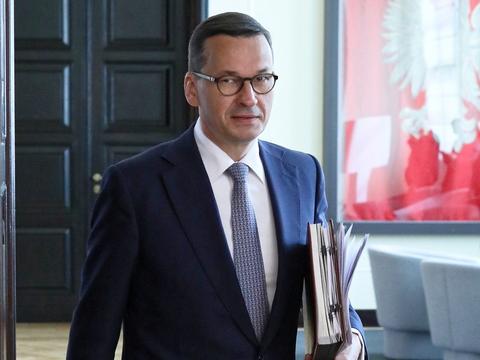 – The main goal of the government's fiscal policy is to maintain the stability of public finances and to promote economic growth and social policy in the field of solidarity – according to the government.

The Sejm must adopt a new budget within a few months. Probably there will be no major changes in his design. Almost PLN 7 billion was allocated to pension benefits. As a result, the person who receives the lowest pension, i.e. less than PLN 900, will receive an additional PLN 26.

Satisfaction can be met at least 3.2 thousand. retirement pension. Thanks to the budget drawn up by the government of PiS, the benefits will be higher than PLN 100. The pension of the average man in Poland is PLN 2699 and PLN 0.20. On the other hand, women receive PLN 1614 and PLN 39.00.

The government approved the draft budget for 2019

State budget revenue amounts to PLN 386.9 billion and costs PLN 415.4 billion, which means that the budget gap will reach PLN 28.5 billion with an economic growth of 3.8%. According to the plans, the deficit in the public sector is estimated at PLN 28.5 billion. The deficit of the entire public sector will not be 1.8 percent. GDP, as currently planned by the government, but 2-2.2 percent. GDP – gives the portal "Business Insider". The draft budget law for 2019 also included the budget of European funds. According to this report, the budget revenues of European funds PLN will amount to 69.7 billion and expenditure PLN 85.3 billion. The deficit of the European fund budget amounts to PLN 15,6 billion.