Hofman: I do not understand how President Duda wants to build his political position 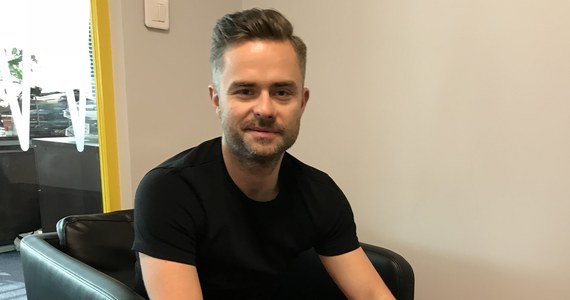 For the presidential election, less than two years. Does Andrzej Duda have to work? "This presidential campaign for the president who wants to become a candidate again should begin now, and I still have a problem with this presidency that I do not see how President Andrzej Duda wants to build his political position." At first, I thought he was felt good among the people, so he will be Klaus's model – that is, he will visit Poland, he will squeeze the arm of almost every voter and it will be a campaign model, but it turned out that it was not. There is always an attempt to find a way – whether it concerns vox populi or vox dei It is not known whether the parish priest or colleague Andrzej speaks more, "said the former Hofman spokesman Adam Hofman in the morning conversations on RMF FM.

Adam Hofman: They help in the campaign, but they also have, as opposed to what appears, not just such a general feeling, symbolic. If we have the top of the Tri-Mine and we have President Donald Tuda at the same time as Donald Trump, then we have to read together. And you must read that this game, in order to consolidate Poland's position through relations with the United States, began seriously, in the context of the Union, of course.

Probably, because at the top of the Three-Mover, except the American secretary for energy, there was Mr. Juncker and he was still the German minister. Probably the administration of President Duda, that is how I say it with American, will be a great success.

No wonder. Opposition to this would be a fabricated failure, someone sitting suspiciously at the table, or laughing badly, or making Trump a face. This is our Gombrowicz situation.

No, it comes closer to the presence of the constant, or "Fort Trump". Everyone would want to.

These are just words for now.

But what a nice one. Statements are made, amounts fall, we approach this to happen. This is the next step and it is worth noting.

And on the other hand, will the words of an imaginary community not drag on the national field after President Duda?

They will be, and it will be repeated by the opposition, he will probably make him a place for the campaign, but …

You would do it if it was an opposition.

If I were on the other side, I would probably do it because the electorate in the big city is still starting to move. At the same time, where Andrzej Duda is looking for his support, where he travels, it does not matter that much, because it is first in Poland …

But everyone in Poland wants us to be in the Union.

… yes, but no one believes he will leave the Union. No government, certainly not these. No one believes that Poland can be moved out of the European Union in the short term, first and foremost. And secondly, the European Union has become a very important and attractive place for us all the time, but it has its own problems. It is no longer the outside to whom we pray. We see his mistakes, we see, we can criticize them, we can gamble. The EU simply has its problems and we see that it is a normal political body.