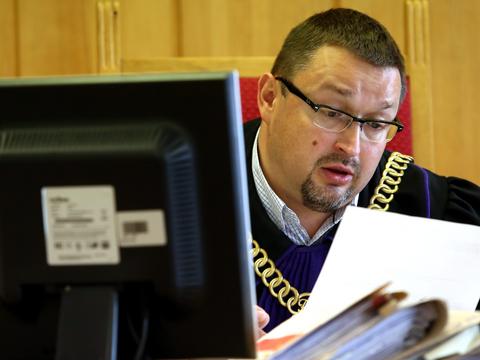 On August 23, 2018, Arkadiusz Tomczak – judge of the Warsaw administration in Warsaw was interrogated by the team for the assessment of candidates for the Supreme Court operating under the "new National Council for the Judiciary" – we read on the website of the Association of Polish Judges Iustitia.

The association revealed the course of the interview. On the side of the National Judicial Council, Stanisław Piotrowicz, Judge Dariusz Drajewicz, Judge Rafał Puchalski, Judge Jarosław Dudzicz, Judge Zbigniew Łupina were present at the hearing.

– I have serious doubts about the legality of the current cast of the National Council for the Judiciary. Some members of the Council were elected by politicians, not as the constitution of judges. Some judges were elected to the place of the judges, whose conditions were not fulfilled – he argued.

– The second doubt is the lack of co-signature by the President of the Council of Ministers under the announcement of the President about the announcement of this competition. The third doubt arises from the fact that the competition runs so fast that Poczta Polska can not make any notifications to certain participants about the dates of meetings. In this situation I found myself and a few candidates. I have a question, do you know how many candidates learned about the date of meetings after they were held? – he went on. The question remained unanswered and as such was recorded at the request of Tomczak.

Why did Tomczak take part in the competition? – Regardless of these doubts, there is a way in our legal system to exercise judicial control over the legality of the control of this competition, in other words referring to the highest administrative court. It may be that the NSA has to investigate the legality of the match I participate in – he explained. And in the further part of the hearing he stated that this control "is in the interest of all participants and citizens of this country". – It is my duty to ensure that the competent authority is legally competent. And this body is not the National Court Register, but the NSA – he said. – Checking the legality of this match is a primary goal – he emphasized.

Asked about non-compliance with the constitution of the election of KRS members themselves, Tomczak stated that this problem should be resolved by the competent authority. Piotr Piotrowicz, who asks for this question, quoted the provisions of the constitution, which, quoted by him, say that the details of the election of judges in the national judicial register are specified in the law.

"Assessing my knowledge You have had the opportunity to get to know the cases."

– As far as the assessment of my legal knowledge is concerned, I have presented you with a list of one hundred cases, statements, justifications with which you were given the opportunity to get to know and on the basis of the content of these assessments and explanations, I draw my conclusions out about the status of my legal knowledge. I am very sorry that you did not use this opportunity, that you did not familiarize yourself with these matters. I will not judge my legal knowledge. You had the chance to get acquainted with the files – he answered further questions.

When it was made clear that it was Tomczak's assessment of how his case-law had an effect on the legal system in Poland and that in his opinion the ruling fulfilled the criterion of showing high legal knowledge, he replied that it National Court Register requires that it be modest and that it is "at least inappropriate."

At the same time he pointed to the decision of the Administrative Court, which "issues the question of a decision of the Constitutional Court in a potentially flawed composition". – It is a pity that you have not become familiar with it – he added.

– I am a simple master without scientific achievements, but the number of my assessments reflects the question about the status of my legal knowledge – he continued. – Anyway, I have heard critical views from the state about the surplus of researchers in the Supreme Court. And the composition of the current National Court Register testifies to the fact that you are pulling a handful of exercises – he said and clarified that critical opinions were delivered by, among others, Judge Puchalski.

Earlier, when Tomczak presented his figure and professional performance, he pointed out that he was on the black list. What is going on?

– The black list was presented to you at the request of President Mazur during the meeting of the national court register. The list was distributed by Mrs Pawłowicz, it was a list, I quote: "judges giving to Poland". The list includes people who participated in study visits to European institutions – he explained that participation in study visits is normal and that during such visits the members of the government camp and the opposition, including representatives of the judiciary, participate.

Recommendations of the national judicial register

Arkadiusz Tomczak graduated from the UAM in Toruń with a very good mark. From 2000 he was a judge at the court in Warsaw, in the years 2008-2014 he was a judge at the court and from 2014 he is a judge at the provincial administrative court in Warsaw. He was a member of the District Electoral Commission in 2004. He completed postgraduate studies in the field of criminal law and human rights in Poland. "He became known as a person involved in the performance of his official duties," is the national court register. He has no scientific achievements. The team decided after an extensive consideration of his qualifications not to recommend his candidacy.

The National Court Register yesterday adopted a resolution to request President Andrzej Duda to appoint 12 Judges of the Disciplinary Chamber SN. The remaining four vacancies in Parliament had to be filled in the next round of voting, but none of the candidates obtained the required majority of the votes of the Council.

Those candidates have previously received a recommendation from the Council's advisory team.

Due to the selection of a smaller number of candidates than the available places in the Disciplinary Court, the National Court Register subsequently proceeded to a re-election with the participation of those of the previously rejected candidates who obtained the largest number of votes. In the vote, the Council took into account the candidacies of Mateusz Ciepły, Celina Czerwińska, Lidia Dudek, Grzegorz Hawryłkiewicz, Jolanta Korwin-Piotrowska and Waldemar Piotr Puławski. None of them, however, achieved the required majority of votes.

At the end of June, the Polish Monitor published the President's announcement of vacant positions at the Supreme Court – a total of 44 judgments were pronounced, 16 of which were in the Disciplinary Court. 100 candidates were originally admitted to the disciplinary chamber, some were later withdrawn. Not all candidates came to hear. In total, the team – as reported by the KRS office – listened to 63 people.

The National Court Register in yesterday began a four-day meeting in which the candidates for the judges of the Supreme Court, for which the request for appointment to the president, must be dealt with. Yesterday the national judicial register handled the temporary staff in the disciplinary chamber; today he will deal with the Criminal Chamber.