Kaczyński: I promise on behalf of many Poles that we will pay the debt 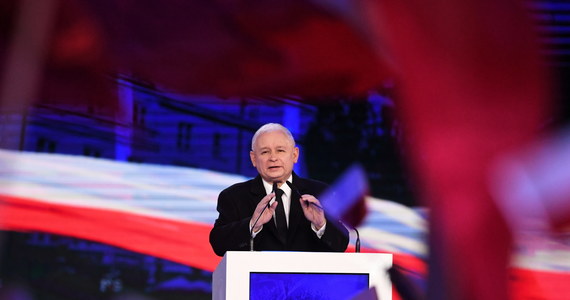 We will pay our debt to the soldiers of the Second World War not only by commemoration, but also by work to build a strong Poland – wrote PiS President Jarosław Kaczyński in a letter that was read during the Veteran's Day Walk before the Polish independence day. 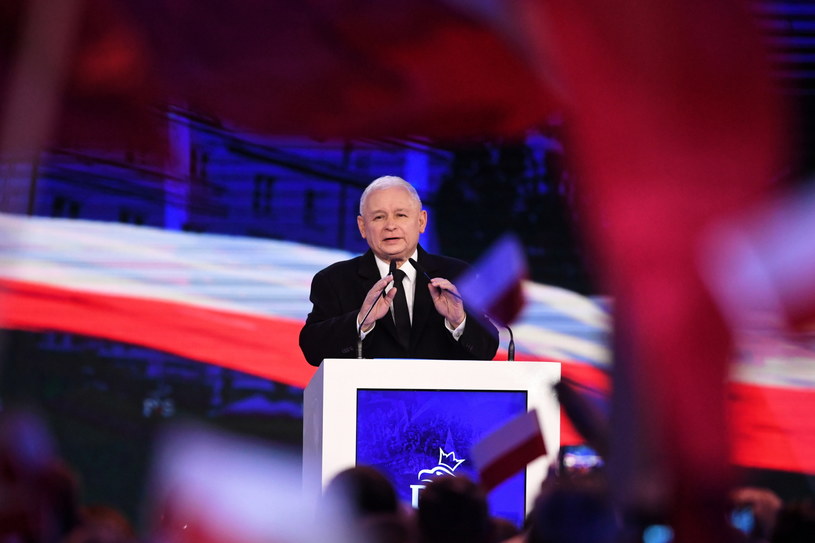 "Today we honor you and thank you for all that you have done for your country, not only with weapons in hand, but also guarding the basic values ​​that you have passed on to younger generations of Poland and Poland" – wrote PiS President Jarosław Kaczyński in a letter read on Sunday in Warsaw by the head of the Office for Veterans and Victims or Oppression Jan Józef Kasprzyk.

The head of the PiS recalled that many of the servants in the West could not go anywhere and that those who returned suffered numerous repressions. "Many of those who fought in the country were met by a treacherous bullet and the pit of death, torture of a bestial investigation and prolonged heavy prisons, loss of health, misery and difficulties in finding a job" – remembered Kaczyński himself.

As he said, the soldiers of the Second World War are the same heroes for contemporaries as the participants in the January revolt for those who lived in the Second Polish Republic. "As a continuation of the tradition of the struggle for the freedom of Poland, you fulfill the function of a specific ark of the covenant between the earlier and the younger years," he said. "And just as for your generation and generation of your parents, the soldiers of the January uprising were examples of patriotism, sacrifice, sacrifice and heroism, you are the model of love for your country and loyal service to Poland," wrote PiS- chairman.

As he remarked: "our debt – in the light of the price that so many soldiers of the Second World War had to pay for loyalty – is even greater." "I think I can promise on behalf of many Poles that we will pay this debt not only with the memory of your bravery, but also with our common work for the mother country, working on a strong, prosperous and just Poland," Kaczyński emphasized.

"I also participate thanks to these exploits, I can live today in an independent Poland, a safe and friendly country," he emphasized when he spoke to veterans.

The minister recalled that the ceremony is also an expression of a tribute to those who "sacrificed in the struggle for the freedom of our homeland, what they had the most precious, that is their own life."

"We know how great the sacrifice was, so remember and remember the true Polish heroes, we give them their due honor and show that the Republic has not forgotten those who shed blood for freedom, we would not be if it was not for them was "- he added that the coming commemoration of the regained independence of our country," reminds us that free Poland is not given us once and for all. "

The head of the Office for Veterans emphasized that from the podium of the Polish theater – where the ceremony took place – the words that were placed in "Liberation" in the mouth of Konrad Stanisław Wyspiański repeatedly said: "Give us a sense of strength and give us Poland alive ". "Your generation, a generation of veterans of the struggle for independence, believed these words and repeated as a prayer – give us a living Poland." And God of this prayer flows from Wyspiański's lips and everyone who fights for freedom heard "- said Kasprzyk.

As he noted, there would be no "living Poland", free and sovereign, if it were not because of their sacrifice, determination, and sacrifice.

"And that's why today, every one of us again bends very low for the state and thanks that you not only repeated these Konrad prayers, but that you have restored Poland alive with Poland, that we have received from you and that we want to pass on to future generations "- he said. .

"We are all united by one thought and idea, whose name is independence, but it would never have happened if it was not for your faith, hope and love, love for God, love for your country, for not to have lost these virtues , we The younger generation and generations that will come, we thank you, "emphasized Kasprzyk.

During the ceremony, which was part of the program of the World Congress of Veterans & Walk for the Independence of the Republic of Poland, Pro Bono Poloniae medals were awarded. Occasionally an award granted by the head of the Office for Veterans was given for the first time.

However, Andrzej Wernica honored the head of the Office for Veterans with the Pro Patria medal.

At the World Congress of Veterans of the struggle for independence of the Republic of Poland, organized in the weekend in Warsaw, more than 300 veterans from the country and from 14 countries from four continents took part.

It was under the patronage of President Andrzej Duda on the 100th anniversary of regaining independence. Veterans Day Walk for Independence of the Republic of Poland will be celebrated on 1 September.