Krosno: the priest has abused a boy. he heard the sentence 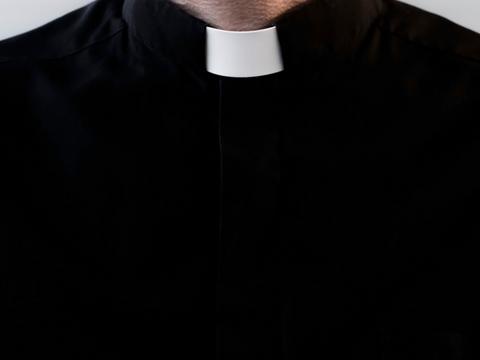 Ks. Stanisław K., former parish priest in Hłudnie, was sentenced to two years in prison by the court in Brzozów in March. The court found him guilty of psychological and physical abuse of a 13-year-old boy and made him suicidal. The verdict is final. A defender of a priest does not exclude the filing of a request for cassation.

The court applied the suspension of the sanction on the basis of the provisions that applied at the time the act was committed. Currently, conditional suspension can only be used for sentences up to one year in prison.

It was already the third call in this case. The previous two final convictions (one conviction and the other that the priest fired from the punishment) were withdrawn in the appeal proceedings and the cases were returned for reconsideration by the court of first instance. All processes were held behind closed doors.

He mistreated girls before

The priest was also responsible for the abuse of three girls. The court of first instance found him guilty about hitting his hands, putting on his hair and ears, which frightened the children for another lesson with the priest. Because of the statute of limitations, the court terminated the procedure in the area of ​​violation of physical injury to one of the girls.

All parties appealed against this decision: the defendant, his lawyer and the public prosecutor.

When the then spokesperson of the court in Krosno informed Judge Artur Lipiński, the lawyer asked for acquittal from his client or to revoke the judgment and referral for re-examination. The priest asked for acquittal and the prosecutor imposed Stanisław K. on the sentence of absolute deprivation of liberty.

In the spring of 2008, Father K. was first accused of psychological and physical abuse of the 13-year-old and so he led him to suicide and abuse of three other children. That lawsuit began in July 2008 and ended in February 2013 with a conviction of a pastor for two years imprisonment of five years suspended. The court then recognized that the preacher was guilty of child abuse, but not that – as the public prosecutor accused him – his behavior led to Bartek's suicide.

In the second lawsuit in March 2016, the court in Brzozów changed the legal classification of the law and terminated proceedings against the preacher. He assessed, among other things, that his behavior towards children was a punishment and he found him guilty of violating the physical integrity of children. Because it is a crime that is prosecuted by a private prosecutor and the sentence has expired, the court of first instance has terminated the proceedings.

In the third trial, which ended in March of this year, the court found that physical and mental violence over the 13-year-old led to his suicide.

Before he died, he wrote a letter

A 13-year-old boy committed suicide mid-December 2007 in the city of Hłudno (area Brzozów). He left a letter in which he accused the local priest of being unfounded because he suspected him of theft. He also wrote that he did not want to be "raped" by this "pedophile" – but he later faded these words.

Birch's investigation of the case was initiated by the prosecutor a few days after the death of the boy. She decided that the collected evidence did not confirm that the boy was harassed by the preacher. The expert in the field of graphology confirmed the authenticity of the letter that the boy had left behind. Ks. Stanisław K. did not leave long after the tragedy at his request of the Hłudno parish.