Krzysztof Łapiński behind the scenes: there was no political conflict 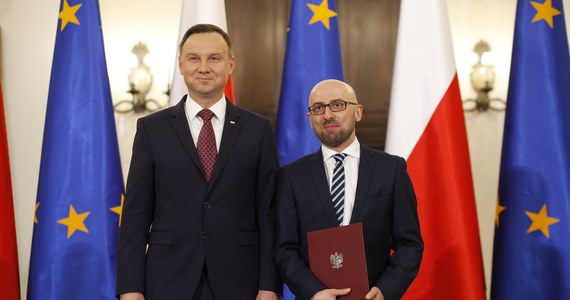 "I made such a decision because I thought I wanted to pursue myself in another area" – Krzysztof Łapiński explains in the Morning Talk in RMF FM, why he resigned from the position of President Andrzej's spokesman Duda. Łapiński assures that it was not a political conflict. "There was nothing like that" – he emphasizes. "I worked hard, I did my best, I did my job as well as possible and at a certain point I decided that my position at the president's office was over, sometimes you can make new, different plans", adds Robert Mazurek. 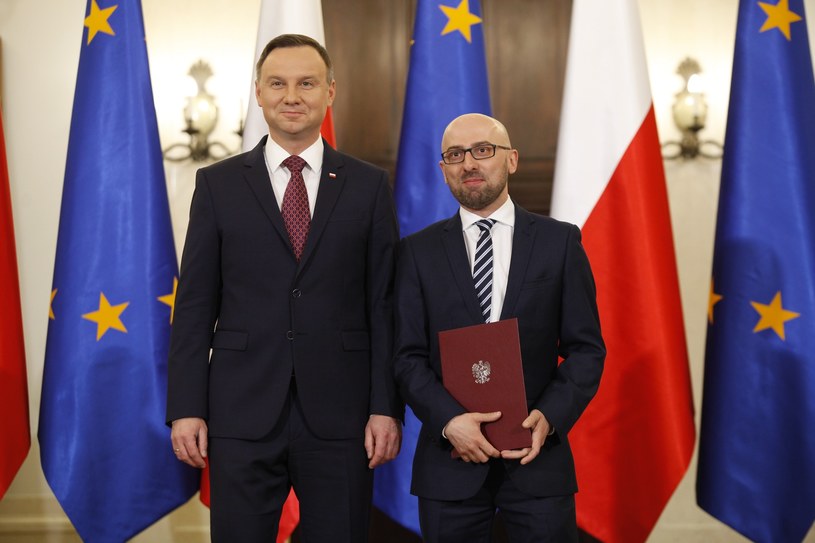 Robert Mazurek: Are you looking for clients in Krynica for your new PR company?

Krzysztof Łapiński: – No, I came here because a few months ago I was invited by the organizers of this forum to take part in one of the panels.

Of course, and mountain air you must …

– Do not participate as a debater in one of the panels. I decided it would not be nice if I canceled my participation a few days or two on the eve of this Krynica and that is why I am here. Because of the accuracy, I said goodbye during this period. I came private, I do not use a company car, I only pay for the hotel.

Bob Woodward (author of the book – ed.) Is a serious man. This is not a guy who has a tendency to make amends.

– I know very well that he is not here, but it is not known how they speak it. On the one hand this anonymity offers you the opportunity to talk honestly or honestly, but on the other hand you can give people an alibi to say disinterested things, because they know they do not say it under the surname.

Try to speak some truth under the name and by chance. Tell me, why did you really have to leave the office?

– As Józef Mackiewicz used to say: only the truth is interesting. I explained it yesterday, I can repeat it again. Note: when politicians leave a position, they say they leave for family reasons, they respect their decision and are not available to the media. I honestly say that I made such a decision because I thought I wanted to pursue myself in a slightly different area, I want to use my experience in a different area.

So it was not a political conflict?

& # 39; But from where, you know, if it was a political conflict, you would have experienced some telenovela for weeks. Nothing like that.

If it was not a political conflict then, maybe it was a personal conflict? Maybe you do not like someone so much that you can not bear it in one company?

– I deny that too. With the rest, politics is not fun, if you like someone or not, if you work in the chancellery of the president, then we work for the president. If someone loves someone more, it does not matter. You have to work for your boss and this is the most important thing.

You used, minister, the words & pleasure; & # 39 ;. If this is not a political conflict and it is not a personal conflict, do not be angry, it seems that you have played with your work and that you have found a better offer, you are changing jobs. You were a member of parliament, you were bored, you went to the chancellery of the president, after a year you were bored too, and perhaps you were offered more money and you are going to do business. Is this what the minister should do, the man he had heard of being elected in the Sejm?

– Not at first – I went to the chancellery of the president, not because I was bored in the Sejm, only because I received a proposal from the president and I decided that this is a proposal that is not rejected. I worked for 16 months.

But after a year of rejecting her, he said "enough".

– No. I worked hard, I think I gave everything. On the other hand, as a free man, I have the right to make such and no other decisions. I made that decision.

The Lord treated the chancellery of the president and worked for the head of state as a job in a company. And this is also my impression of not the biggest, because people do not leave companies so quickly, because it does not look good in a resume because you change your job too often, right?

Explain what really stands behind your decision. Because if it is not that there is a conflict and if you have not dismissed the president and did not leave him because he just found something better, what is the other explanation? A normal man would like to know. "I paid Łapiński a salary of my taxes, he hesitated now" – because what? Because he found a better job? Why?

– The taxpayer has paid me for the last 16 months as spokesperson and secretary of state of the president and, in my opinion, doing my job as well as possible, spending a lot of time, energy and power, with all my experience.

But I asked you why you gave it up.

– I answer you – I said this yesterday and I repeat it again – at one point I saw that my role, the office at the president's office, was over. I now have new plans and I want to implement them. I do it honestly and say why it happened. I do not walk away in the formula "for family reasons" or others.

Minister, I understand – self-realization has forced you to make this decision.

– No, sometimes you can only have new, different plans.

Yes I understand it. And he leaves the head of state, let the president play there.

Minister, why does Andrzej Duda have trouble with the spokespersons? He is the third spokesman in three years who resigns from working with the president.

– There is a thesis in this question. I do not agree that she is in trouble, after each spokesman comes another.

So there is no problem, only nobody can stay with him for so long, I understand.

– Please ask each of these people who was, each of them must be asked individually.

I ask you. Who is the better addressee of this question?

Do not be angry, but it does not look very serious and very responsible. If the heads of state's spokesmen can not work with him for more than a year, because for various reasons, for example because you are self-fulfilling, you give up work, we have the right to ask if there is something wrong with the head of state and maybe office. What is it about this place that you can not work there?

– It is completely different. I have worked for more than a year.

16 months, it really is a year and vacation.

– My predecessor, Marek Magierowski, has also worked for more than a year.

Minister, what should Andrzej Duda do to win the next presidential election?

– This is a question that is currently very uncomfortable for me, because I am still formally a state secretary and it is difficult for me to speak and turn it into an external consultant in public.

In PR, what you want to be.

– But at the moment I am still working at the chancellery of the president, so it would be inelegant if I now speak as a spokesman. Someone would say – man, tell the president, not the media.

If you do not want to say what Andrzej Duda should do, you would repeat what he said yesterday, that it is now time for populists who promise everything to the authorities to come to power. Who did you mean?

– It was during one of the debates in which I participated. And some assumptions were made by former EU Commissioner for Enlargement, Günter Verheugen, who spoke about the crisis in Europe and about different trends. I saw a number of dangers, in the first place I spoke about the Russian threat.

I ask a simple question – who did you mean?

– I told you how you would be in this panel, it is unfortunate that you were not there, also with regard to the situation in Germany there was a German politician next to me.

So you mean the Germans, not the weapons, the God of Poland?

– No, I said something happened in Europe. For example, such old parties in Germany as the CDU or SPD, suddenly their electorate is declining and the AFD electorate is growing considerably.

I am calm, you mean the Germans, not the Poles.

– I talked about one thing, so that populists would not condemn on the basis of the principle that they are, but wonder why their support is growing. Because people vote for them. It was a political analysis.