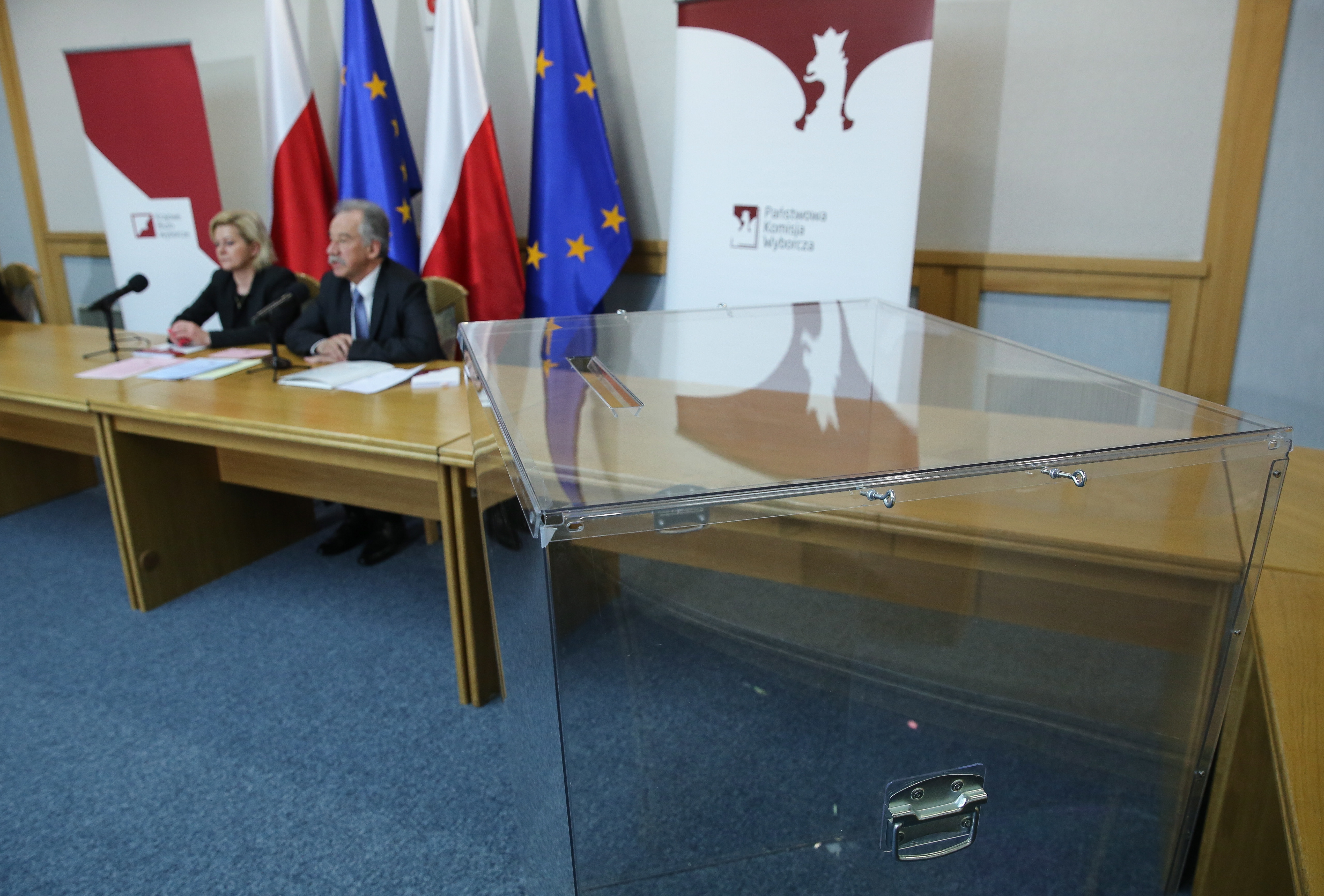 Approximately 9,000 electoral committees registered for the vote on October 21st. On Monday, the deadline for entries from 12 political parties and local committees has expired. PKW has also made a decision regarding the election cards.

During the autumnal election of the map we throw in the soundings with transparent walls (PAP, photo: Rafał Guz)

– In total, the National Electoral Committee registered 27 committees. PKW registers party committees, party coalitions and electoral committees of voters who want to submit candidates in more than one district – said judge Wojciech Hermeliński, chairman of NEC on the press briefing.

In the whole country, commissioners registered around 9,000. local committees.

– We have chosen voting cards. It will be in the form of a leaf, but not as it was before the regulation was amended, "said Hermeliński.

– These cards have been significantly reduced due to the fact that the electoral law has changed the principle of the number of candidates. As soon as you could report twice as much as there were chairs. Now you can submit as many candidates as there are places plus two. The cards are getting smaller, they have a size of A4 to A2 – he added.

A votive card in the form of a book is only issued in places where more than 20 committees are present.

See also: Adam Bielan: Let us remember everyone who started the war on billboards

The discussion about the form and appearance of the cards has taken place since the last local elections.

In 2014 no less than 17 percent in the regional municipal elections. votes were invalid (about 12 percent during the 2010 and 2006 elections). One of the reasons for the increase in the number of invalid votes was the rendering of the book and the vague instructions about voting.

The election clock has started

The registration of the committee does not yet require the names of the candidates. – However, the date is of great importance in the subsequent settlement of electoral commissions for the finances allocated to the election campaign – explains Wojciech Dąbrówka from the PKW in an interview with RMF FM.

Now the commissions can collect signatures and register letters with names. PKW is waiting for letters until 17 September.

Candidates for mayors, mayors and city presidents are possible until September 26th. The NEC will then allocate the number of lists to voivodships and then to poviats.

Candidates for members of regional election commissions may apply until September 21st.

At the municipal elections of 2018 we will decide who will sit on the councils of a municipality or city with people's rights, in the people's council, city councils, district councils and residential areas. It is a total of nearly 47 thousand. places to fill. We will also choose almost 2.5 thousand commune heads, mayors and city presidents.

The vote will take place on 21 October. The second round of elections for mayors, mayors and city presidents was planned, two weeks later – on November 4.