Macierewicz & # 39; s man is surprised. Yes, he has divided the inhabitants of Warsaw! 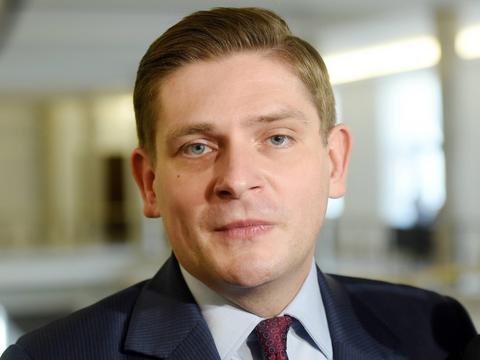 Former Deputy Minister of National Defense and currently a member of the Law and Justice has no doubts – Patryk Jaki becomes the President of Warsaw in the fall. The arguments of former deputy Antoni Macierewicz proved very surprising. Kownacki said that the defeat of Rafał Trzaskowski might be … a shortage of elites in the capital!

Undoubtedly, Patryk Jaki has shown that he has a class, is determined and today is the most active candidate in Warsaw. Rafał Trzaskowski turned out to be a candidate for elites who, despite appearances in Warsaw, do not have that much. Normal residents of Warsaw live here, generations or visitors, ordinary residents. And they do not identify themselves with this eligibility of Mr. Trzaskowski – said Bartosz Kownacki.

How do you interpret such words? There are already voices that some residents of Warsaw have the right to feel insulted!

It is not entirely clear what Bartosz Kownacki meant by saying that "normal" Varsovians do not identify with the elitism of the PO candidate. Was Rafał Trzaskowski & # 39; s support associated with "deviations"? This is the sweet secret of the PiS substitute.

A few hours after the publication of the conversation, Rafał Trzaskowski referred to the case.

– Normal-abnormal, better-inferior type, Zomo-AK. This is the school to share the people of J. Kaczyński. The elections in Warsaw are about not to let us divide into better and worse, we insult if we do not agree with them. There is no permission, because Warsaw is one! – he wrote the candidate from the platform on Twitter.

Bartosz Kownacki was also asked for a memoir regarding the late American presidential candidate John McCain who died overnight from Saturday to Sunday. – It was undoubtedly a great politician with a large political and military map. One of the few politicians who knew so well in matters relating to the Soviet Union and Russia. He could clearly oppose Russia and fight for the United States to consistently implement a policy that limits the Russian superpower. His death is a great loss to the world – said Kownacki.

The man from Macierewicz received this question. Wrapped like a sucker!