Marek Ast on the reform of the judiciary: the internal issue of Poland 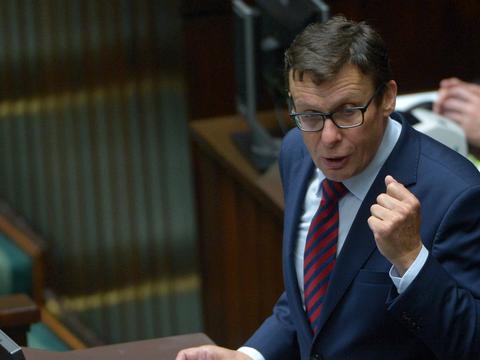 At the beginning of August, the Supreme Court put five preliminary questions to the CJEU and suspended the application of three articles of the Supreme Court law setting out the rules for the retirement of judges of this court. Ast said: "The whole is purely political."

– It looks like the Court of Justice of the European Union has ridden with the National Council of the judiciary who will be the first – or the Tribunal will be the first to give its verdict, or the KRS first to review the trial giving advice to four judges before the Supreme Court to conclude – said the MP. – For the time being, we have the beginning of the procedure, but we do not know what the outcome of this procedure will be – he added.

– Of course it is to be hoped that the Court of Justice in Luxembourg will ultimately become a treaty, because the reform of the state, the reform of the judiciary is only an internal matter of Poland as a member of the European Union – he said.