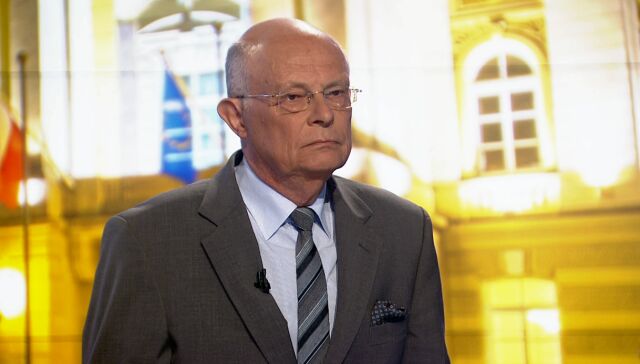 Prime Minister Mateusz Morawiecki had some participation, but he used the wording, which is of course funny – said Marek Borowski, an unorthodox senator in Facts after Facts. He commented on the words of the head of government, who said at the Sunday election meeting in Sandomierz: – I myself negotiated the accession to the European Union twenty years ago and I know perfectly how the best deals are being made in the European Union. Union.

– This statement shows that you must choose your words very carefully – commented in the Facts after Facts statement by Prime Minister Marek Borowski. He added that Mateusz Morawiecki was deputy director of the department in 1998, who was not so much involved in negotiations, but in the overall work on Poland's preparation for accession to the European Union.

He explained that at that time, the main idea was to prepare a complete program of internal activities, laws that had to be adopted & # 39; – I myself, as chairman of the Sejm, had about 500 bills to be approved, so that we would be entitled to the European – he added.

– Prime Minister Morawiecki had some participation, but he used the wording, which is of course funny, that is "I negotiated myself", which of course she interpreted while negotiating (joining the EU – ed) – he estimated. – Let's face it: he did not negotiate. He did not negotiate – Borowski stressed.

In his opinion, there is something more behind these words. – Because we are in a sharp conflict with the European Union, we are threatened with different types of sanctions, and therefore there is a danger that the question arises as to whether we will continue in the Union, the Prime Minister who wants to reject it and say that they are afraid. He said: I know how to negotiate in the EU, it's fears of laughter – the former Chairman of the Sejm remarked.

– No, Prime Minister, these are not fears for tears. Your knowledge in this area from & # 39; 98 is certainly insufficient. It seems to me that today's knowledge of the prime minister is greater – Borowski said.

Miller responds to the words of Morawiecki

Prime Minister Leszek Miller, who led the government when Poland became a member of the European Union, responded to the Prime Minister's words. "You have not negotiated anything, please wait until I die," he wrote on Twitter.

Information about participation in the negotiations was included in the official biography of Mateusz Morawiecki on the website of the government. "In 1998, he became Deputy Director of the Accession Negotiations Section of the European Integration Committee and was a member of the group that negotiated Poland's accession to the European Union (banking and finance)," we read.

Poland joined the European Union on 1 May 2004. The decision on the start of the accession negotiations was taken by the European Council in December 1997. Formally, the enlargement process of the EU was inaugurated three months later.

Play: what about the interviews with candidates for the Supreme Court without cameras? Maybe a shame

– I am in favor of far-reaching transparency. I do not know why KRS decided so – he said in "Fakty …
read more »

Play: The president met Polonia in Australia. "Poland is respected for your business"

Prime Minister Mateusz Morawiecki had some participation, but he used the wording, which of course is nice – he said in …
read more »

Firefighters rescued one of the two chicken coops in the village of Kościelna Wieś (Wielkopolska). One of the buildings burned down, 18 died …
read more »

Bread prices will not reach the level of 10 zloty for a bread, but up to a third can be sought by other food products – he thinks …
read more »

Play: German Foreign Minister: responsibility for suffering
Poles will always be important to us

There is a fight to stop hunting wild birds. United environmental organizations as part of the "Let them Live!" -Initiative …
read more »

Frustration in the environment of road transport inspectors has reached a high level. We are preparing for a protest – he announced …
read more »

We believe that the Nord Stream 2 gas pipeline has a geopolitical dimension, is harmful and places Ukraine in a very difficult position …
read more »

On Monday, the European Commission expressed its concern about the rapid increase in measles in Europe. According to …
read more »