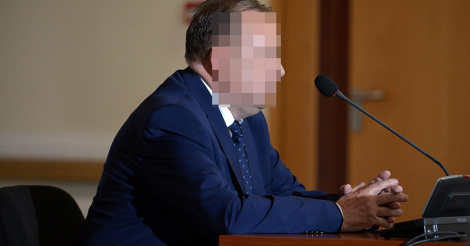 Marek M., known for taking over tenements as part of a wild reproduction in Warsaw, was detained on the recommendation of the regional prosecutor of Wrocław.

– This has to do with irregularities in reproduction in Warsaw – said tvnwarszawa.pl Ewa Romankiewicz from the press department of the national prosecutor's office.

The case concerns irregularities in the reprivatisation of properties in Warsaw on ul. Dynasy 4, Opoczyńska 4B and the so-called Farm Służewiec.

"M. is suspected of misappropriating property rights on property located in Warsaw on 4A Opoczyńska Street and the Folwark Służewiec estate with a total value of not less than PLN 11 million and fraud against two victims in connection with the acquisition of rights and claims on real estate located at 4 Dynasy Street, for a total amount of not less than 1 million PLN 100,000 to the detriment of each victim "- the National Public Prosecutor announced in a press release.

As the CP informed: "after the detainee is brought to the regional prosecution in Wrocław, the prosecutor will accuse him". "After completing the test procedure with the suspect's participation, the public prosecutor will decide whether to take preventive measures against him, including the possibility of submitting a request to the court for his detention" – the was written in the communiqué.

"The impunity of cheaters"

The arrest of Marek M. was commented by Minister Zbigniew Ziobro of Justice

As he noted, the prosecutor has already carried out more than 350 proceedings in the case of "wild reprivatization".

– It includes nearly 800 tenements. The costs have already been made for 24 people, including figures from the front pages of newspapers, lawyers and business people – Ziobro emphasized.

Marek M. is the most famous buyer of claims for real estate in Warsaw, covered by the so-called Bierut & # 39; s decree. His name appears in more than 80 properties that have to do with reprivatization. He explained 51 claims, placed them in a folder entitled "My Warsaw country" and brought it to the City Hall of Warsaw.

Organizations that defend tenants call him a "stone worker & # 39 ;. M. he always called his activity "the restoration of the law". He cares that he is virtually invisible.

The name of Marek M. appears in more than 20 private houses, where he still fights, more than 60. Via Wola, Ochota, the Praga side of the city and the most expensive streets: Nowy Świat, Krakowskie Przedmieście, Mokotowska, Hoża and Wspólna.

Marek M. as Plenipotentiary of the owners also took over the tenement in Nabielak 8. Almost everyone went under his pressure. Jolanta Brzeska was left behind – a social activist who fought for the rights of tenants, including expats of tenements. In March 2011 her burnt corpse was found in the Kabacki forest. The investigation in this case was resumed last year. The circumstances of the death of Jolanta Brzeska remain unexplained.

Marek M. on the committee

the April, the commission of Patryk Jakiego investigated the return of the rental house in Dahlbergh 5 in Wola. Part of the building was recovered by Marek M., who came to the meeting. & # 39; For health reasons & # 39; he was not in the room when questioning witnesses, but in the end he gave his own testimony.

In December last year, the verification committee revoked the privatization decision of the house in Nabielaka 9, where Jolanta Brzeska lived. The well-known claim dealer Mark M. was instructed to pay PLN 2.9 million in damages.