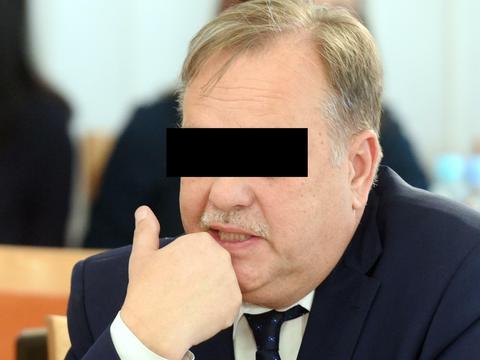 – Marek M. is detained Tuesday, the proceedings are being conducted by the regional prosecutor's office in Wrocław, the trial will be carried out with the prisoner – informed public prosecutor Bialik. Crimes accused of a suspect will be punished with a prison sentence of one to ten years.

As PK informed in the subsequent press release, Marek M. – at the direction of the Wrocław regional prosecutor's office – detained CBA officials from the capital's delegation. As added, the case relates to irregularities in the reprivatisation of properties in Warsaw on ul. Dynasy 4, Opoczyńska 4B and the so-called Farm Służewiec.

"M. he is suspected of misappropriating property rights with respect to real estate located in Warsaw on ul. Opoczyńska 4B and the property of Folwark Służewiec with a total value of not less than 11 million 500 thousand .pln and fraud to the detriment of two victims in connection with the acquisition of rights and claims on real estate located on ul.Dilasy 4, for a total amount of not less than 1 million 100 thousand PLN at the expense of each victim "- said PK.

According to the CP "the prosecutor, after having brought the detainee to the regional prosecutor's office in Wrocław, will make accusations." "After completing the lawsuit with the suspect, the prosecutor will decide whether to take preventive measures against him, including the possibility of temporarily filing a claim with the court," the prosecutor added.

Temistokles Brodowski of the CBA social communication department said that agents of the Warsaw office delegation involved in detention and the case also search in the apartments, offices and some of his properties owned by Marek M. In total – as reported – CBA officers carry out activities in various places.

In March, the CP said that more than 350 criminal proceedings concerning reprivatization were in progress in the courts of Warsaw and Wrocław. They cover 765 properties in different locations in Warsaw. In cases conducted by the regional prosecutor's office in Wrocław, the charges were brought to more than 20 people, including lawyers, legal advisers, civil servants – officials of the city office of the Warsaw capital and a court expert.

"Parallel to criminal proceedings, the Public Prosecution Service undertakes non-criminal activities with regard to buildings in Warsaw. (…) As part of the work so far lawsuits have been filed for invalidation of legal acts, objections to the final decision of the SKO and the president of the capital of Warsaw filed with the court of appeal for local authorities in Warsaw Warsaw and the participation of the public prosecutor in administrative and civil proceedings had already been reported and requests for reconsideration of cases and complaints in administrative courts were also shipped, "informed PK.

In March, the CP reported that legal proceedings had been filed as part of, among other things, previous legal actions for the annulment of legal actions relating to property in Warsaw, located in ul. Stalowa 25, ul. Opoczyńska 4B, as well as part of the property that used to be part of the Służewiec Farm and ul. Targowa 33 in Warsaw. "In the analyzed cases it was found that closed agreements regarding the sale of these properties were in conflict with the principles of social coexistence expressed in art.58 2 of the Civil Code, ie with the principle of honesty and decency "- the prosecutor then reported.

Patryk Jaki: The town hall is on the side of the reprise mafia