Mateusz Morawiecki crushed by the frankinews on TVP Info 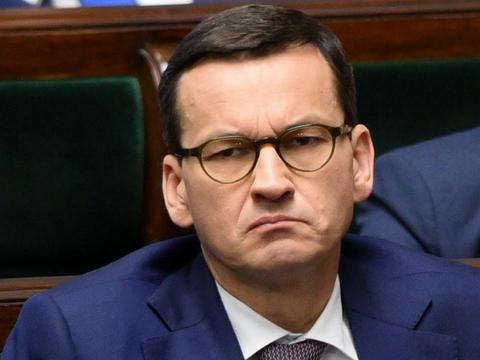 – As president of the bank I warned that banks would not provide loans in Swiss francs. Unfortunately, people and banks did not understand it at the time. Bank Zachodni was one of the few banks that did not grant these loans at the time – this was promised in January of this year. Prime Minister Mateusz Morawiecki at the World Economic Forum in Davos.

However, it seems that he, to say the least, has missed the truth. Barbara Husiew, present at the audience of the "Studio Polska" program, simply said that the prime minister lied by saying that BZ WBK did not provide such loans because she herself borrowed the franc in that bank, which she has repaid to date .

– Mateusz Morawiecki is a liar. When he was in Davos, he logged against the camera that Bank Zachodni was the only bank that did not provide these loans, and I am a living example that he gave – his irritation did not hide Husiew.

The woman with tears in her eyes shouted that Prime Minister Morawiecki was "moral responsibility" for the death of her husband who committed suicide due to problems with repayment of the loan and left her with monthly payments.

– Law and Justice threw the prime minister of the bank, who as president of Bank Zachodni WBK took the decision to award these toxic financial instruments and is morally responsible for the death of my husband and the fate of my family, and for 9 years As a suicide woman I am fighting with BZ WBK and I pay the loan back – she said.

She added that she wanted the prime minister to be a witness during her trial. – I will do my best to go to court as President of Bank Zachodni and reveal the lies that he has persuaded people for 3 years – exclaimed the frustrated franchise on TVP Info.

What awaits Frankkowiczów? What will the franc rate be?

The Frankivskis have complained, but now they pay less again