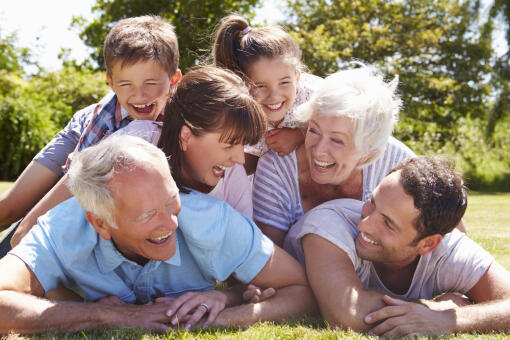 We want parliament to have a bill on maternal pensions & # 39; by the end of the year. approves so that the regulation can apply from 2019 – said Deputy Prime Minister Beata Szydło. She pointed out that in some cases men could also apply for "mother retirement".

The project on "maternal pensions" is now complete. It concerns the rules for awarding a minimum pension to mothers who gave birth and who raised at least four children. The initial costs of implementing the reform are – according to the calculations of the Ministry of Family, Labor and Social Policy – PLN 915 million.

– This project is prepared and awaiting approval by the government. The Prime Minister decides when it will happen. We want it to be adopted by parliament before the end of the year, so that the law could be in force from 2019 – Szydło emphasized.

Earlier, the minister of the family, Elżbieta Rafalska, announced that funds for these benefits would be secured in the draft budget for the following year.

Not just for women

Beata Szydło pointed out that in some cases men can also apply for "mother retirement". – There are such random situations in which the father takes care of the upbringing of children. We predicted this in the project. Such fathers are entitled to benefits – said the deputy prime minister.

– Anyway, this pension is granted individually at the request of the person concerned. I am convinced that this will be a great support for people who live and work in rural areas. There are the most mothers who have produced numerous offspring, and in the elderly they stayed without any pension benefit. That is why Law and Justice meet this environment forgotten by others – the Deputy Prime Minister added.

Remember that the assumptions of the maternity pension at the beginning of August in the "Business for People" program in TVN24 BiS Bartosz Marczuk, deputy minister of the family, spoke employment and social policy.

The amount of the supplement

As he explained, the amount of the maternity pension will be calculated in two ways.

– For example, if we receive 500 zloty from the ZUS, in a situation where we have given birth to and raised four children, we live in Poland and we stay in Poland for at least 10 years, after which the president of ZUS determines the benefit that will be granted by the ZUS. minimal pension – explained Marczuk.

With this assumption the supplement PLN will be 529.80.

The second situation concerns women who have no agreed compensation. – In a situation where a woman has never worked, she gets a full benefit of 1,029 PLN – be Bartosz Marczuk.

More than 34 thousand children were born in January 2018, just like a year ago … see more »

"Premiums for a quick birth"

Beata Szydło emphasized that this year a project for so-called premature birth bonuses will be ready.

– The law is currently being prepared. I think it should be ready this year. Similar solutions are already in place in several European countries, we are analyzing them and the final proposals will be adapted to Polish conditions. We also work intensively on the so-called voucher for learning and culture for young people. We analyze different forms of this proposal of the spring PiS convention, namely reaching young people. We will inform you about the details of both projects when they are finished – she said.

"Scandinavian countries use the" premium for childbirth. "There is a so-called speed bonus – if the next child is born within 30 months of the previous birth, the parental leave can be extended by a maximum of one year.

– Moreover, since 2020 we have been working in the Social Committee of the Council of Ministers on the strategy of social policy. In this document we will indicate the directions and solutions to be taken to reverse the very unfavorable demographic situation in Poland. This document will be adopted by the end of this term of office of the Sejm, said the Deputy Prime Minister.