Ombudsman for children Marek Michalak criticizes the reform of education 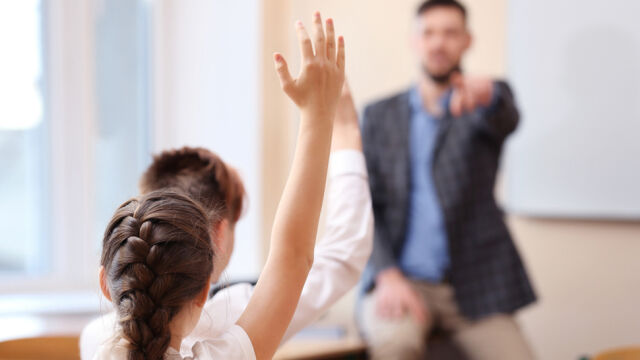 "Risky enterprise" – so advocate for children's rights Marek Michalak assessed the introduction of educational reform. He wrote in this to the Minister of National Education, noting: "the pace of the changes introduced, the lack of a thorough analysis and the future effects of the changed school reality". "My fears have been confirmed by complaints from children, parents and teachers" – told RPD to Anna Zalewska.

Marek Michalak recalled that he had repeatedly appealed to the head of the Ministry of National Education regarding the reform of the education system. He then pointed to the difficult situation of students who take part in the recruitment process to secondary schools in 2019 in conditions of increased competition.

According to the RPD, the reform implemented is "a risky undertaking, primarily because of the pace of changes introduced, the lack of in-depth analysis of the situation of children who have learned in the previous system and the future effects of the changed school reality. ".

"My fears have been confirmed by complaints from children, parents and teachers, and the letters about the students of the seventh class were particularly sad," Michalak emphasized.

He added that the complaints were mainly related to overloading with science, because this shortened the time for controlling the material compared to the time available for young high school students. Students and their parents also pointed to the uncertain future of children, as well as fatigue and lack of time for extracurricular activities.

READ THE ENTIRE LETTER TO THE MINISTER OF ZALEWSKA >>>

Michalak stressed that similar conclusions follow from the report "The situation of students in the 7th grade of the reformed primary school", commissioned by the RPD. Anonymous surveys were conducted at 76 schools in Poland. Questionnaires were developed, followed by a survey. Seven students, their teachers, parents and headmasters were asked in the opinion.

The report shows that the most frequently reported directors of students and parents are: excessive education (80 percent and 78 percent respectively), homework (41 percent and 36 percent), tests (30 percent and 24 percent) and maps (29 percent and 15 percent), as well as problems related to peer-violence (17 percent and 21 percent).

The report shows that almost half of the teachers (48 percent) think that the content of too wide subjects is too broad, especially in the case of Polish (75 percent), history (75 percent), geography (64 percent), mathematics (62 percent) and language English (59 percent). They also admit that they can not complete the entire program content during the lesson. On average, during the lessons they converted 60 percent of the material, which forces students to gain new knowledge at home.

The vast majority of parents (91 percent) believe that their children spend more time learning than on previous years, and they study at home about three hours a day on weekdays and 3.5 hours on weekends. More than 60 percent indicate that teachers make too much homework. 46 percent said their children left their interest in interest during the past school year and, for the most important reason, lacked time, caused by excessive education and housework.

For almost half of the students of the VII-grades the content of the lesson is not understandable (this applies most to mathematics – 54 percent, physics – 53 percent and chemistry – 38 percent). 45.9 percent of school children are associated with fatigue, homework, 70 percent of children associate with fatigue, 67 percent with coercion and 50 percent with unpleasant task.

Most of the students surveyed reported that on average two to three tests and three to five cards were prepared each week.

"We have to listen to the voice of children"

As recalled, the 1989 1989 Convention on the Rights of the Child states that in all actions relating to children, whether taken by public or private social welfare institutions, courts, administrative authorities or legislative bodies, the importance of of the child is paramount.

"That's why we adults (including public institutions) have a big responsibility for the consequences of decisions in child affairs, we have to listen to the voices of the children and get to know their needs as well as possible, and it is worth emphasizing that our answers to the reported problems are used to build in children and adolescents a behavioral pattern in their future adult life "- noted RPD.

Michalak asked the head of the Ministry of National Education to take measures to improve the situation of students in the last classes of primary school, and to include this problem in tasks that are carried out in a special way by educational supervisors within the framework of pedagogical supervision.

The ministry has 30 days to respond to the Ombudsman's letter.