Patryk Jaki in fact after facts 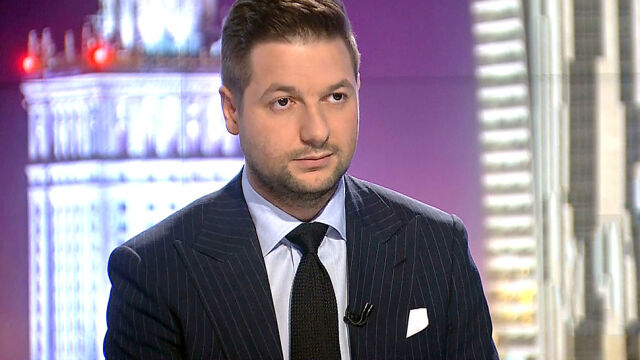 The new National Council of Justice, which was elected by politicians on Monday at 9 am, began to ask questions to the judges of the Supreme Court who volunteered for 44 places in the Supreme Court.

When asked why interviews take place without camera participation, the chairman of the National Court Register Leszek Mazur replied that the national register "complies with the regulations". – Working in teams is a non-broadcast work. Only the meetings of the Council are passed on and that is precisely shown by the law on the National Council for the Judiciary – he said.

"I am in favor of a far-reaching, possible transparency"

Deputy Minister of Justice Patryk Jaki said in TVN24's "Facts after Facts" that "it might be a shame" and that "we have to think again in the future", which states that the work of teams selecting candidates for the Supreme Court is not being broadcast .

– I am in favor of far-reaching transparency. I do not know why the National Court Register decided otherwise, but if I am not mistaken in my memory, perhaps even this partial unveiling of the National Council of the Judiciary is relatively recent – said Jaki.

He added that if it depended on him, he would make public interviews with the candidates public.

What: we will try to convince the HJEU to be right

The Deputy Minister was asked about the possible actions of the Polish government if the Court of Justice of the European Union – as in the case of the Białowieża Forest section – prohibited the suspension of the validity of the new law on the Supreme Court.

– We will probably conduct a dialogue, as we have done so far. We will try to convince you, because the facts are that the Polish legal system is one of the most expensive in the entire European Union and one of the least effective – he said. – Many years of waiting for justice, often in simple cases – he added.

He admitted that not much has changed in this issue in the last two years. – That is why in my opinion you have to approach it in a different way than before – he explained. – Changes are needed. Drastic changes – he added.

When asked if this should be personal changes, Jaki said that "someone has been responding to this situation for 28 years". – So far, we have adopted such a view that the company will manage itself – he said.

"Recipes from companies did not work"

Patryk Jaki recalled that when PiS first came to power in 2005, he introduced changes to the legal system, but took a different position. – We have decided that we will do what the judicial community wants. Then we were told that more assistants are needed and then things go much faster. What turned out? Well, from 2006 to today, the number of judges' assistants has increased by 100 percent, and things have not accelerated, they've slowed down – he said.

– It is time that these company recipes do not work and you have to try it a little differently. Maybe some fresh air, perhaps some new people – he argued. He added that in his opinion the judiciary is "a completely separate power and has been exercised all the time by – let's call it – the same environment".

What he estimated that "the legal system has many problems". – If you look at it systematically, almost every second person who committed rape had a conditional sentence recently. This is unacceptable to me, this is my opinion – he said. He added that currently "it is about 30 percent".

It was asked how the judges of the Supreme Court, including Stanisław Zabłocki, who were forced to retire, could be replaced.

– If it depended on me – as far as the judge is concerned – then this judge would be in the Supreme Court. I do not know, but I have read that he has not reached such a conclusion when he should submit. From a formal point of view, some lawyers acknowledged that he could not therefore become a judge of the Supreme Court – replied the Deputy Minister of Justice.