PiS with a strong and surprising counter against PO propaganda. "This is our answer." Will it be effective? 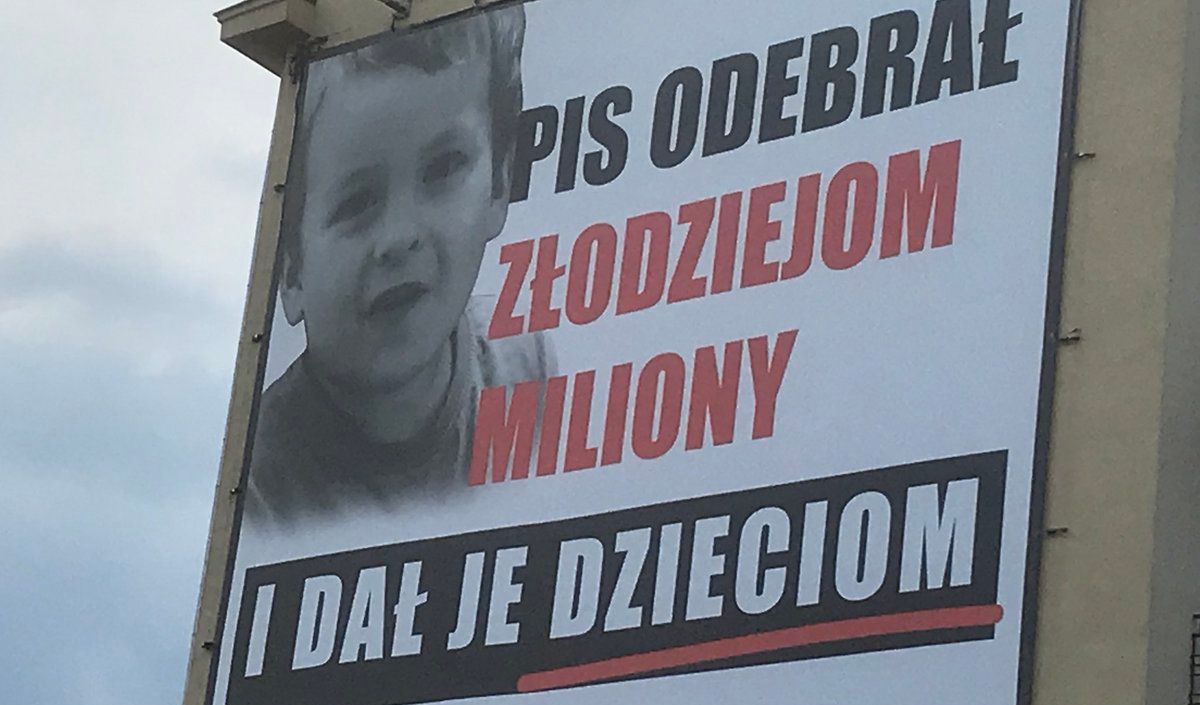 Everything indicates that the law and the justice party will not allow the Civic Platform to carry out the threatening order of the ruling group. And such a message is carried by thousands of posters hanging around the country (the costs are interesting – it looks like millions), such as:

Apart from the picture of the PiS chairman, the banners also contain the slogan "PiS took millions", with which the subtitles are completed, among other things: "everything becomes more expensive", "and wants to stay unpunished", "and cheap housing is gone" .

As promised by the Chief of Staff of Justice and Justice Tomasz Poręba, the party will, among other things, reply to this message:

This is our response to the PO campaign campaign

– says Poręba. We will meet the details tomorrow.

READ OUR NEWS: ONLY WITH US. President Jarosław Kaczyński becomes the leader of the PiS campaign in municipal elections. "We will not win without him"

During the PO government, the feast of the VAT mafia lasted; PiS managed to increase its VAT revenue by 23% to the budget in three years. – showed that it is an effective party that serves Poland and Poland; we want to transfer this effectiveness to the level of local government – Tomasz Poręba said earlier on Friday.

Poreba judged during the press conference that every "big party" participating in local government elections must have a program and propose solutions that Poland and Poland will serve. In this context he asked the Civic Platform which proposals for concrete actions in the field of VAT.

The head of the PiS election staff said that during the PiS government we "made a huge leap forward in the area of ​​VAT revenue", that is to say – as he argued – an increase in revenue in the Polish budget with 34 billion zloty, and VAT receipts during PO governments were "in 2008 – 102 billion, then in a jump of 121, 123 billion in 2015."

"We have reached 23 percent in three years. increase VAT revenues to the Polish budget "

"This raises the question of efficiency, credibility, determination of the government, in this extremely important and difficult area – what are the revenues from VAT – to show success and we show Poland and Poland that we can do it. "

During the conference, a film was presented, asking the opposition how it wants to seal VAT, how it wants to combat VAT mafia and what it will spend the money it reclaims from VAT fraud. After each of the questions, the statements of PO leader Grzegorz Schetyna about Law and Justice, including that he wants to beat PiS, and Jarosław Kaczyński "wishes the worst".

According to the head of the PiS staff, the election campaign must be "based on arguments and figures".

"It can not be that the campaign only looks like we will only hear from the opposition "PiS, PiS, PiS"

According to Poręba, every Pool and Pool will have to answer the question on the day of the elections: will they vote for the PiS, that is to say – according to him – a credible, effective, determined party that wants to serve Poland and the Poles, or for the PO, for which governments – as he said – "a great ball of all kinds of companies, organizations that have resulted in VAT being paid everywhere, but not in the Polish budget, the VAT-Mafia party lasted".

Poręba was asked how the elections for the local government would affect the issues related to VAT collection.

"I show that we (as a government) were able to respond very well to what was going on in Poland, and we managed to solve it when it came to depriving Poland of VAT Mafia. We show that we are effective. We want to transfer this effectiveness to the level of local government "

Poręba was also asked about the call by the Nowoczesna politicians on Wednesday, demanding that the government implement the parliamentary campaign's election promise in 2015 and reduce VAT rates to 22 percent. and 7 percent.

"This is the expectation of a formation that increased VAT. After all, VAT was increased during the governments of the OP. The platform increases VAT, and its revenue is at PLN 124 billion when we have reached PLN 167 billion. "

"I think it is our expectation that we will lower taxes – I will not rule it out, but it will have to be part of the long-term program of the PiS government. & # 39;