Professor Cenckiewicz: I get threats in connection with Ewa Gawor's case 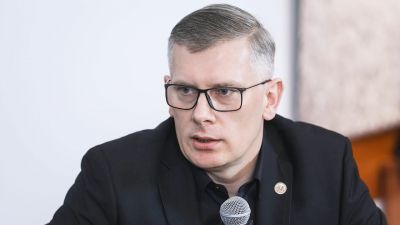 Professor Sławomir Cenckiewicz wrote on Twitter that he gets numerous threats. The situation must be related to the case of Ewa Gawor, a senior magistrate in Warsaw – the historian revealed her connections with the services of the PRL.

A senior official of the magistrate of Warsaw, a servant of the PRL services

Ewa Gawor – director of the Office for Security and Crisis Management of the capital of Warsaw, responsible for the decision to dissolve …

Cenckiewicz writes that the last two weeks the threats to his address have been intensified, in which a scenario of his funeral appears. He also states that he will not stop writing about Gawor.

Gawor is the director of the Office for Security and Crisis Management of the city of Warsaw Warsaw. On 1 August, she dissolved the March of the Warsaw Uprising Monument, organized by national environments.

As revealed by Cenckiewicz, she was previously a lieutenant of the Citizens & # 39; Militia, graduated from the officers' college of them. Feliks Dzerzhinsky and employee of the PESEL department of the Ministry of the Interior.

I confirm: I have intensified the threats in the last two weeks, including those where my address drops, there is also a scenario of my funeral. Normal man must be scared, so I'm afraid, but I will not leave the road – there will be more texts about Gawor and her colleagues. Https://t.co/t2qKDz87ZV