Protests from December before the Sejm. The court released the suspect 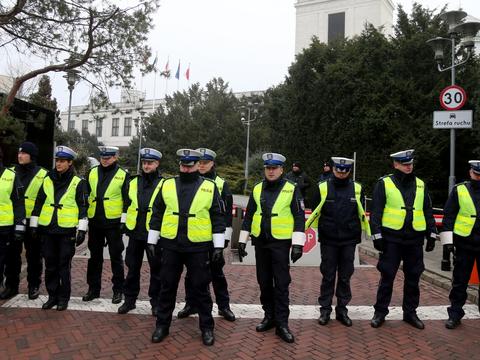 – The guilty have started to benefit from the law that the constitution guarantees them. It is difficult to understand the actions to limit this right – said Judge Łukasz Biliński in court.

According to the judge, the charges could not be a violation of participation in the meeting despite the dissolution, because – in his opinion – the decision of the chief of the capital police to dissolve the congregation had no legal value. The judge pointed out that such a decision should contain basic elements, such as justification and earlier warnings about the possibility of a solution.

Judge Biliński also pointed out that the participants in the demonstrations did not commit a violation of stopping the movement because – as he adds – the spontaneous meeting can not be treated as blocking the passage of the public road.

Jarosław Kaczyński, representative of the accused, said that the verdict is "just and expected".

It is about the events of the night from 16 to 17 December 2016 and the night of 19 to 20 December 2016 for the Sejm, when the supporters of the Democracy Defense Committee protested in protest against changes in the organization of the work of journalists in the Sejm. . Protestors from opposition politicians were also supported in the Sejm.