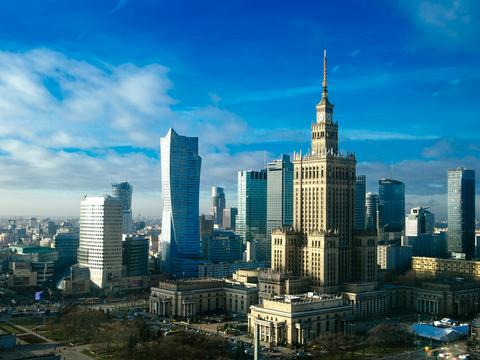 According to the prosecutor of the prosecutor, Ewa Bialik, the proceedings in this case are being conducted by the regional prosecutor's office in Wrocław. Activities with Marek M. will be carried out tomorrow. Temistokles Brodowski of the CBA social communication department said that agents of the Warsaw office delegation involved in detention and the case also search in the apartments, offices and some of his properties owned by Marek M. In total – as reported – CBA officers carry out activities in various places.

Marek M. is called a "claim trader" by the media. He was the owner of the Warsaw estate on 5 Dahlberg and Nabielaka 9 streets, where Jolanta Brzeska lived. These tenements were later transferred to the mother of Marek M. As reported by TVN Warsaw, his name appeared at more than 20 private repositories throughout the capital.

Marek M. is suspected of misappropriating property rights regarding real estate located in Warsaw on ul. Opoczyńska 4B and the estate of Folwark Służewiec, as well as a fraud to the detriment of two victims in connection with the acquisition of rights and claims on the property located at ul. Dynasy 4 – said the prosecutor.

After completing the procedural actions, the public prosecutor will decide whether to apply preventive measures to the detained person. Perhaps, among others, apply to the court for his detention.

For the allegations against Marek M. he can get up to 10 years in prison.

In March, the prosecutor's office reported that more than 350 criminal proceedings concerning the reprivatisation were in progress in the Warsaw Public Prosecutor and Wroclaw. They cover 765 properties in different locations in Warsaw. In cases conducted by the regional prosecutor's office in Wrocław, the charges were brought to more than 20 people, including lawyers, legal advisers, civil servants – officials of the city office of the Warsaw capital and a court expert.

What about the arrest of Marek M.: this is the practical, not the theoretical, Polish state

– The arrest of Marek M. shows what the Polish state looks like, that has turned from a theoretical state into a practical state; this is the fundamental difference between what is today and what was under the rule of our predecessors – said the chairman of the Patryk Jaki verification committee on TVP Info.

– I remember how recently we tried to call the verification committee to Marek M. M. It was very difficult. You can see that this man just hid. This is the fundamental difference between what is today and what was the rule of our predecessors. Namely, during the reign of our predecessors, ordinary citizens hid Warsaw-insurgents in cellars, for fear of the cleaners of the tenements. Nowadays the cleaners are hiding from the Polish state and that's the way it should look – he said.

The chairman of the verification committee added that the prosecutor's office wants to place Mark M. accusation of fraud and embezzlement of property. – I am convinced that this is just the beginning – he estimated.

Also reminded of the recent interview of Marek M. for the verification committee. – The Commission has, among other things, derived information about where he did business, what interests he did, how many properties he owned, how many shares in these properties, he said.

See also: Kamil Kobylarz. Who is a man who does not remember anything?