Request for suspects about defeating a 16-year-old 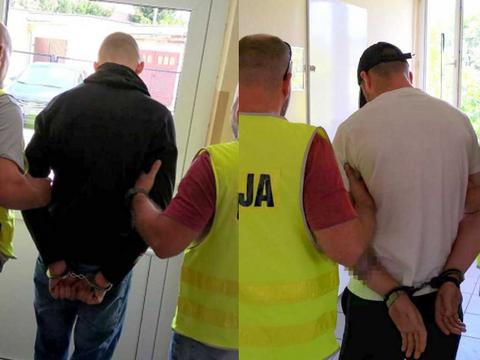 The events with their participation took place on July 20th & # 39; in the evening. They came to bus line 58 within 20.20, which went from Janów to Rondo Grunwaldzki. Then they had to sue a young boy who was accompanied by six girls. According to researchers, they only defeated him later, in the Rondo gallery in the heart of Bydgoszcz on ul. Kruszwicka 1. This happened at 20.40 on the terrace, near McDonald's restaurants.

The case went to the uniforms from Błonie. For one month they did not find the alleged perpetrators of the beating. That's why they got their photos yesterday. The officers counted on the residents of Bydgoszcz and the surrounding area to help them arrest the suspects so that they could be accused. They have not miscalculated. It only took a few hours and the desired details were already known to the officers. After the younger you did not even have to go.

– Yesterday afternoon one of the perpetrators came to the police station. The 17-year-old was arrested, after which he heard the accusation of hooliganism – says Lidia Kowalska of the headquarters of the provincial police in Bydgoszcz. "The stopping of his companion was only a matter of time, the police officers went to his home, they did not find him there, and today the man offered to the police station, where he shared the lot of his colleague and was detained. The statement also belonged.