Sasin on the Kozłowska case: I trust the institutions 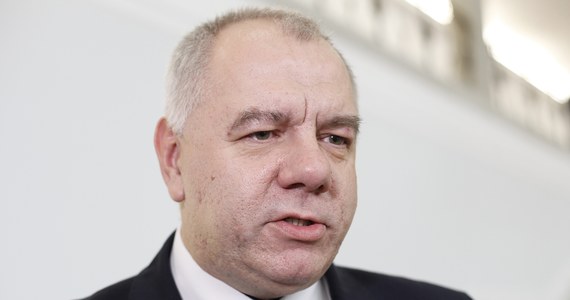 In the opinion of the services responsible for the security of our country, the head of the Open Dialog Foundation, Ludmiła Kozłowska, should not be able to function in Poland and in the EU area; I trust the institutions that have said that – said Jacek Sasin, the head of the Standing Committee of the Council of Ministers on Tuesday. 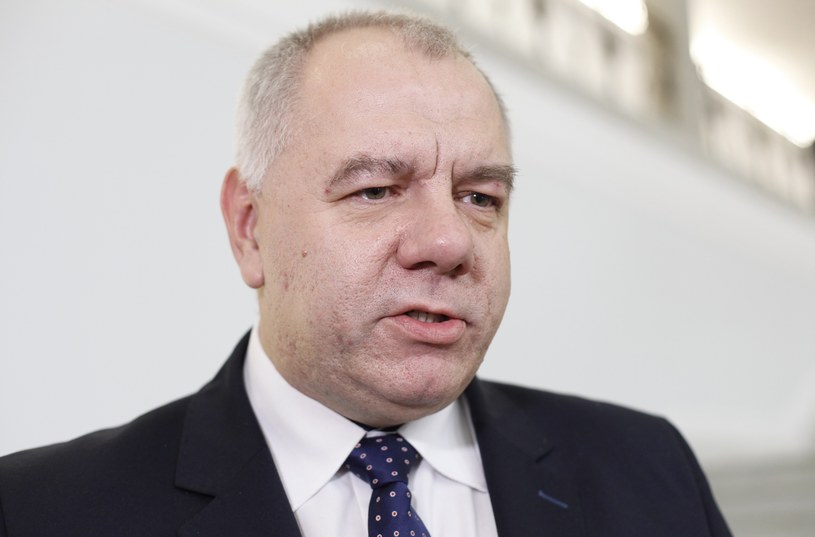 Jacek Sasin: In the case of the Head of Open Dialogue expelled from Poland, I rely on the assessment of Polish services
/Stefan Maszewski /news reporter

Sasin referred in this way to the signed by former President Lech Wałęsa and European MEPs. After the petition demanding that Kozlowski return to the EU.

"We are actually dealing with a person who, in the opinion of the services responsible for the security of our state, should not be able to function in Poland and in the EU." Here I trust the Polish state, I trust those institutions who have said that "- said the politician on Polish Radio 24 referring to the figure of the head of the Open Dialogue.

Meanwhile, the signatories of the petition – in the opinion of the chairman of the Standing Committee of the Council of Ministers – "without any further information, which was the reason for such a decision, because in this case a large part of the information somewhere in the secret sphere, they assume in advance that this person is a crystalline person and not they have to be set for it. "" It is very unfortunate if people who want to speak on behalf of Poland do that and play with the security of Poland " , he said.

At the same time, the politician pointed out that the surnames of the signatories of the petitions are in different petitions, "including those calling for action against Poland by various international institutions". As he argued, the fact that they signed the appeal in defense of Kozłowska does not surprise him, because it is "a certain continuation of the actions that these people undertake".

The signatories of the petitions require Kozlowska to return to the EU, preferably by granting citizenship by one of the member states. "Such an act of justice would allow her to reunite with her family in Poland, as well as to continue the work of the Human Rights Foundation in the EU without the risk of future deportation," the appeal said.

In the petition, the Polish authorities were accused of using the provisions of the Schengen area for "political persecution". "Europe can not accept the adoption of this dangerous precedent: we must defend the fundamental values ​​on which our Union is based, such as freedom, democracy, the rule of law and those who have the courage to fight for it", emphasizes the petition.

The head of the Open Dialog Foundation was banned from Poland and the EU last week. When she arrived in Brussels, where the foundation has an office, it turned out that she could not cross the border – she was on the list of people who had to be removed from the Schengen zone (warning in the Schengen Information System – SIS). Then she was sent to Kiev, where she currently resides.

On Monday, the press spokesman of the Minister of Special Services Coordinator Stanisław Żaryn announced that the head of the Internal Security Agency had issued a negative opinion on Kozłowska's application for an EU residence permit for long-term residents. As a result, it was forbidden to enter Poland and the EU.

As explained by Zaryn, a negative opinion – drawn up by the ABW counter-intelligence department – relates among other things to "serious doubts" regarding the financing of the Open Dialog Foundation managed by Kozłowska, which "may have further legal consequences" .

"Due to legal restrictions and ongoing tax audits, currently detailed information on this issue can not be passed on to the public" – added the spokesman for the minister of special services coordinator.

Referring to Zaryn's communication in her case, Kozłowska wrote on Monday on Twitter that no office has any doubts about the funding of the Open Dialog Foundation and that all of its reports are transparent and public. "Suddenly the ABW, after our participation (…) in the protests in defense of the constitutional state, makes a" secret "report, why is it secret? Because there is no evidence" – she estimated.

The inclusion of Kozłowska on the entry ban for Poland and the EU, she and her husband Bartosz Kramek regards as an expression of repression by the Polish authorities for the actions of Kramek in the defense of free courts.

During the protests in July last year against the parliamentary law on the Supreme Court and the previously adopted amendments concerning the National Council for the Judiciary and the system of common courts, Kramek published a message on Facebook entitled "Leave the state: let us see the government Close!". It contained a list of 16 proposals of actions, aimed – according to the author – to stop the "coup PiS on the rule of law in Poland", inspired by, among others, his experiences of the Ukrainian Euromaidan.

"It is worth thinking about open and broad action to temporarily pay no taxes and other debts to the state treasury under the flag of, for example, I do not pay for the PiS, and it has to be looked at in detail. peaceful, "wrote an activist in one of the proposals. Kramek's appeal has also been made available in the profile of the Open Dialog Foundation.

After publication of the Kramka text, actions were taken to the Open Dialogue, among others by the Ministry of Foreign Affairs, which acted under the supervision of the foundation, requested the suspension of the current FPS management and the establishment of a mandatory management. However, this application was rejected by the court.

For statutory purposes established in 2009, the Open Dialog Foundation is the defense of human rights, democracy and the rule of law in the post-Soviet region, especially in Kazakhstan, Russia and Ukraine. In 2013-14 she led, among others, "an observation mission of support" during the wave of protests on the Kiev Maidan. The Foundation has permanent representations in Warsaw, Kiev and Brussels.